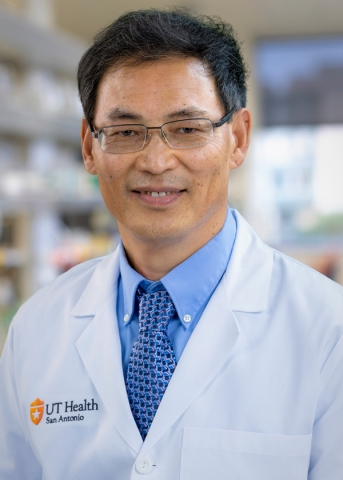 Alzheimer’s disease (AD), a progressive neurodegenerative disorder, is the most common cause of dementia in the aging population. AD is characterized clinically by progressive cognitive impairment and neuropathologically by the appearance of soluble amyloid-beta (A[Symbol]), neuritic plaques, neurofibrillary tangles, and glial activation. Currently, there is no cure or preventive therapy for AD. The failures of hundreds of trials of disease-modifying therapeutics, including many targeting Aβ highlight our incomplete knowledge of both cause of AD and mechanisms of cognitive failure. Because of its high prevalence and the continuing increase of the aged population, AD is a major health problem with serious negative impacts on affected individuals and their families, as well as on local and global economies.

By using lipidomics, we previously revealed marked losses of sulfatide and plasmalogen, and drastic increases in ceramide at the earliest clinically recognizable stages of AD subjects and in animal models examined. Mechanistic studies uncovered the altered metabolism of sulfatide through apolipoprotein E (apoE) transport in an isoform-dependent manner. The reduction of sulfatide content is parallel to A[Symbol] deposition/fibrillation. Depletion of sulfatide results in A[Symbol] oligomerization, tau hyperphosphorylation, fibrous astrogliosis, ventricular enlargement, and cognitive decline. Our current research on this project focuses on elucidating the causal connection of sulfatide deficiency to AD hallmarks by applying lipidomics, histology, biochemistry, animal behavioral studies, and other molecular and cellular approaches on murine and human cells, fluids, and tissues. For example, we are currently exploiting a novel inducible oligodendrocyte-specific conditional sulfatide-deficiency mouse line and other multiple knockin or transgenic AD animal models. We believe these innovative studies will allow us to understand the AD pathogenesis and identify potential drug targets for treatment/prevention of AD. Moreover, by using lipidomics, we have also expanded our research on the project to identify the connection(s) of numerous AD risk factors such as diabetes, aging, brain injury, vascular diseases, etc. with AD pathogenesis.