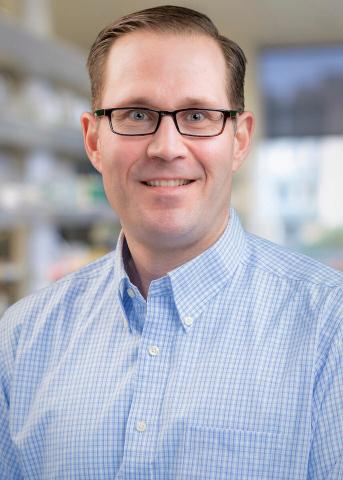 Research in my laboratory is broadly aimed at investigating the determinants of drug-taking and drug-seeking behaviors. Accordingly, we utilize intravenous self-administration procedures to assess the degree to which factors such as age, diet, sex, and drug history influence (1) the acquisition of drug-taking, (2) the reinforcing effectiveness of drugs, and (3) the effectiveness of drug-associated stimuli to promote responding during periods in which the drug is no longer available. In addition to drug self-administration, we also utilize drug-discrimination procedures as well as video and radio-telemetric assessments of drug effects on cardiopulmonary activity, body temperature, locomotor activity, and other observable behaviors. These procedures are used to better characterize the pharmacologic profile of both drugs of abuse as well as candidate medications for the treatment of substance abuse.

Currently my laboratory is focused on three primary areas of research:

1 – Characterizing the abuse-related and toxic effects of drug mixtures. These studies employ quantitative approaches to determine whether the discriminative stimulus, reinforcing and cardiovascular effects of drugs are altered when they are administered in combination with other co-abused drugs. Examples include (1) “bath salts” preparations that often contain mixtures of multiple synthetic cathinones (e.g., MDPV and methylone), or synthetic cathinones mixed with other non-cathinone constituents, such as caffeine, and (2) mixtures of stimulants (e.g., cocaine, methamphetamine, MDPV) and opioids (e.g., heroin, fentanyl) which are becoming increasingly popular in the US, and are responsible for growing proportion of the total deaths resulting from drug overdose.

2 – Investigating factors that contribute to individual differences in substance use disorder (SUD)-related behaviors. These studies exploit a recently identified “high-responder” phenotype in rats self-administering MDPV, to determine factors (e.g., age, sex, impulsivity, pharmacologic and reinforcement histories, etc.) that might predict the development of high levels of drug-taking and/or drug-seeking, resistance to punishment of drug-taking, and other SUD-related behaviors.

3 – Development of candidate medications for (poly)substance use disorders. These studies use intravenous drug self-administration as well as reinstatement models to evaluate the effectiveness of potential pharmacotherapeutics to reduce drug-taking and drug-seeking, respectively. In addition to efforts aimed at repurposing drug already approved by the FDA for treating other conditions (e.g., the 5-HT2C receptor agonist, lorcaserin), we are also interested in evaluating mixtures of highly selective but experimental drugs with the ultimate goal of developing novel polypharmacy approaches to treating (poly)substance use disorders.