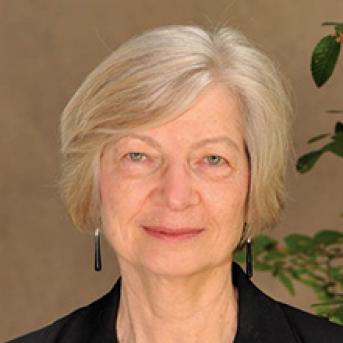 Her lab has established primate models to study the interaction of AIDS viruses with the developing immune system in the fetus and newborn. In the course of these studies and discovered that cell-free particles of the simian immunodeficiency virus (SIV) can be transmitted orally not only to newborn rhesus monkeys (RMs), but also to adult animals (Baba et al., 1996) – a fact that prompted epidemiologists to re-examine the question whether oral-genital contact among HIV-infected individuals can lead to infection. Newer human studies have indeed confirmed that virus can be passed via this route, as their primate model data indicated.

One of the established models to evaluate the efficacy of candidate AIDS vaccines involves the SIV/RM system. Other investigators had created a live attenuated SIV with three large deletions, two of them in the nef gene; this SIV mutant replicated to relatively low levels in adult RMs and protected half of them against challenge with wild-type, pathogenic SIV. They tested whether this live attenuated SIV could be used to vaccinate newborn RMs. In contrast to vaccinated adults, infant RMs had high levels of mutant virus and eventually died from AIDS without ever being exposed to wild-type SIV (Baba et al., 1995). After years of observation, her lab has noted that the vaccine virus mutated also in adult RMs, becoming more aggressive with time and causing AIDS (Baba et al., 1999). Her lab discovered that AIDS can develop in the absence of an intact nef gene. Our primate studies revealed a serious danger in using live AIDS viruses as vaccines.

Their current work, funded through program projects, involves collaborators in the US, Europe, and Sub-Saharan Africa to develop a vaccine against HIV-C, the world’s most prevalent HIV-1 subtype. They postulate that a protective vaccine needs to be bimodal, i.e., it must be able to induce cellular as well as humoral immunity. To test bimodal vaccine efficacy against HIV-C, they have generated a panel of chimeric simian-human immunodeficiency viruses (SHIVs) that were built from the SIV backbone and that encode envelopes of HIV-C strains known to be recently transmitted (Siddappa et al.,2009; 2010). The resulting SHIVs, termed SHIV-Cs, only use CCR5 as coreceptors; all strains have caused AIDS in RMs (Song et al., 2006) and one strain also in pig-tailed macaques. Using recombinant viral proteins as immunogens, they induced high levels of cellular immune responses and high titers of cross-neutralizing antibodies (Abs) in some vaccinated RMs. When challenged mucosally with SHIV-C carrying an env gene that differs from Env used in the vaccine, they nevertheless observed complete protection in some vaccines.

They have determined various correlates of protection, including identification of protective Ab epitopes via innovative use of biopanning (Bachler et al., 2013). Their most recent studies demonstrated potent protection against mucosal SHIV-C transmission by recombinant dimeric IgA antibodies (Watkins et al., 2013).