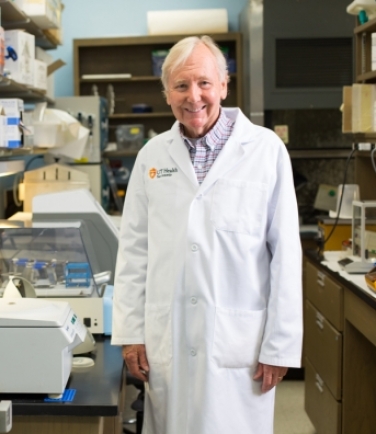 In 1990, he began his studies of bone and teeth with Dr. Greg Mundy in San Antonio TX, and a focus on the Bmp2 and Bmp4 genes. During that time, he also worked with Stuart Kauffman on computational and theoretical models of gene regulation at the transcription level. In 1999, he began various systems biology approaches in the lab to study large sets of gene expression pattern with microarrays and regulation by Bmp2 in osteoblast models.

With his interest in system biology and gene network approaches, he has spent the past two years relearning Unix commands and simple programming with the help of several computer experts here at the UTHSCSA. Our university has made a major investment in expanding our next generation sequencing hardware and bioinformatics tools and he is directly helping in that effort. With Dr. Bo Demeler, we now have a supercomputer with over 500 nodes that he routinely uses to analyze any of the NGS sequence files, with the software packages and our own scripts we have installed on this supercomputer. The bioinformatics tools and databases at GEO and elsewhere now make this one of the most exciting areas in medicine and biology.