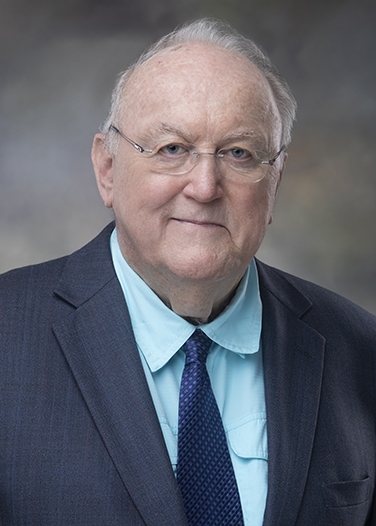 Dr. Russel Reiter teaches in the Introduction to Research and in Journal Clubs of several departments. He is the Editor-in-Chief of Melatonin Research and on the Editorial Board of >35 other journals. He is the recipient of numerous awards including three honorary doctor of medicine degrees and the Presidential Distinguished Scholar Award from UT Health San Antonio. He is also on the Clarivate Analytics list of Highly Cited Scientists.

Dr. Reiter's research interests relate to free radical aspects of disease processes and aging. Of particular interest is defining the role of oxygen derivatives in neurodegenerative diseases and their function in apoptosis, necrosis and neuronal degeneration. These studies typically involve measurements of oxidatively damaged polyunsaturated fatty acids, proteins, and DNA.

These studies have utilized thermodynamic analyses, electron ionization mass spectroscopy, nuclear magnetic resonance, high-performance liquid chromatography, electron spin resonance spectroscopy and biochemical and molecular biological techniques to unravel the processes involved. This research group is also investigating the role of melatonin as an antitoxin against a variety of xenobiotics and environmental pollutants and the functional significance of melatonin and other indoleamines with processes of aging.