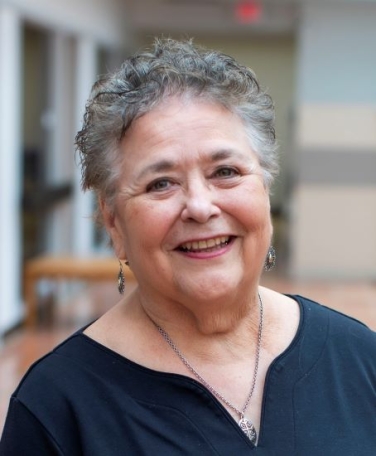 I spent the early years of my life in public housing, I spent my life in service to the community, first as a teacher in the Edgewood Independent School District and a Caseworker for San Antonio's Catholic Family and Children services, before embarking on a career in nursing education. I served the needs of the San Antonio population as a nurse, a nurse educator, an advocate for the underserved population, and an advocate for health policy changes in regards to healthcare.
I specialized in Psychiatric Nursing and was Director of Nursing at several hospitals. During Desert Storm I was assigned to the William Beaumont Army Medical Center at Fort. Bliss, Texas where she earned Achievement and Commendation Medals. I have a Ph.D. in Cultural Foundations from the University of Texas at Austin. Isubsequently earned two postdoctoral fellowships at the Indiana University School of Nursing. I am a member of the graduate faculty of the UT Health Science Center's School of Nursing, where Icurrently serve as a tenured Professor. I co-founded a non- profit organization, Martinez Street Women?s Center whose primary purpose is to provide support and educational services to women and female adolescents. At the University of Texas Health Science Center, I founded Juntos Podemos, a mentorship program for nursing students and was funded for the past 17 years.  I collaborated with the US Western District Court Probation Office to provide a female specific program for women convicted of a federal felon and under community supervision. I began this program to prevent relapse/recidivism. It was the only female group in the Western District Court. In November, 2006 I was selected to be a Fellow in the American Academy of Nursing (FAAN) which is the highest honor one can achieve in nursing. I am the past President of the National Association of Hispanic Nurses (NAHN). I was a founding Commissioner of the Medicaid and CHIP Payment and Access Commission (MACPAC) which examines how Medicaid physician pay affects access to care by Medicaid patients and those in the Children`s Health Insurance Program, among other issues. I founded the International Association of Latino Nurse Faculty and serve as president. I am now the chair of PTAC for the school of nursing. I am presently funded by HRSA Advancing Oriented Registered Nursing (ACORN)for the purpose to develop and sustain a recruitment and retention plan for baccalaureate nursing students (BSN) who are interested in practicing in community-based primary care settings.