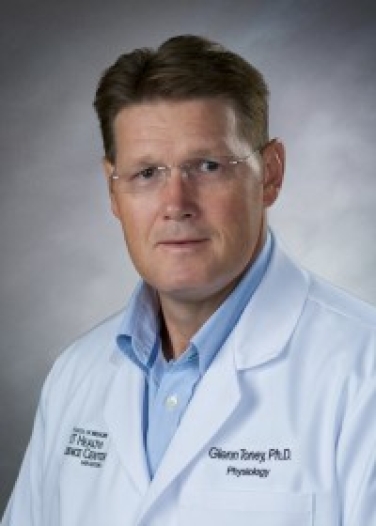 Studies in the Toney lab focus on elucidating mechanisms of intrinsic and synaptic plasticity in central autonomic and fear memory circuits.  We seek to demonstrate the impact specific forms of plasticity have on physiological and pathological circuit outputs, i.e., sympathetic nerve activity and blood pressure as well as anxiety, fear and PTSD.  Accomplishing this requires that we challenge autonomic and behavioral circuits with a wide variety of stressors.  Stressors of interest include homeostatic stressors, i.e., challenges such as dehydration and consuming a high salt diet, as well as psychological stressors, i.e., consciously perceived threats such as Pavlovian fear conditioning, restraint, forced swim.  Importantly, the Toney lab does NOT consider homeostatic and psychological stressors to operate through distinct (parallel) circuits.  Instead, we view circuits responsive to homeostatic stressors as providing strong feed-forward modulation of circuits regulating animal behavior during psychological stress. 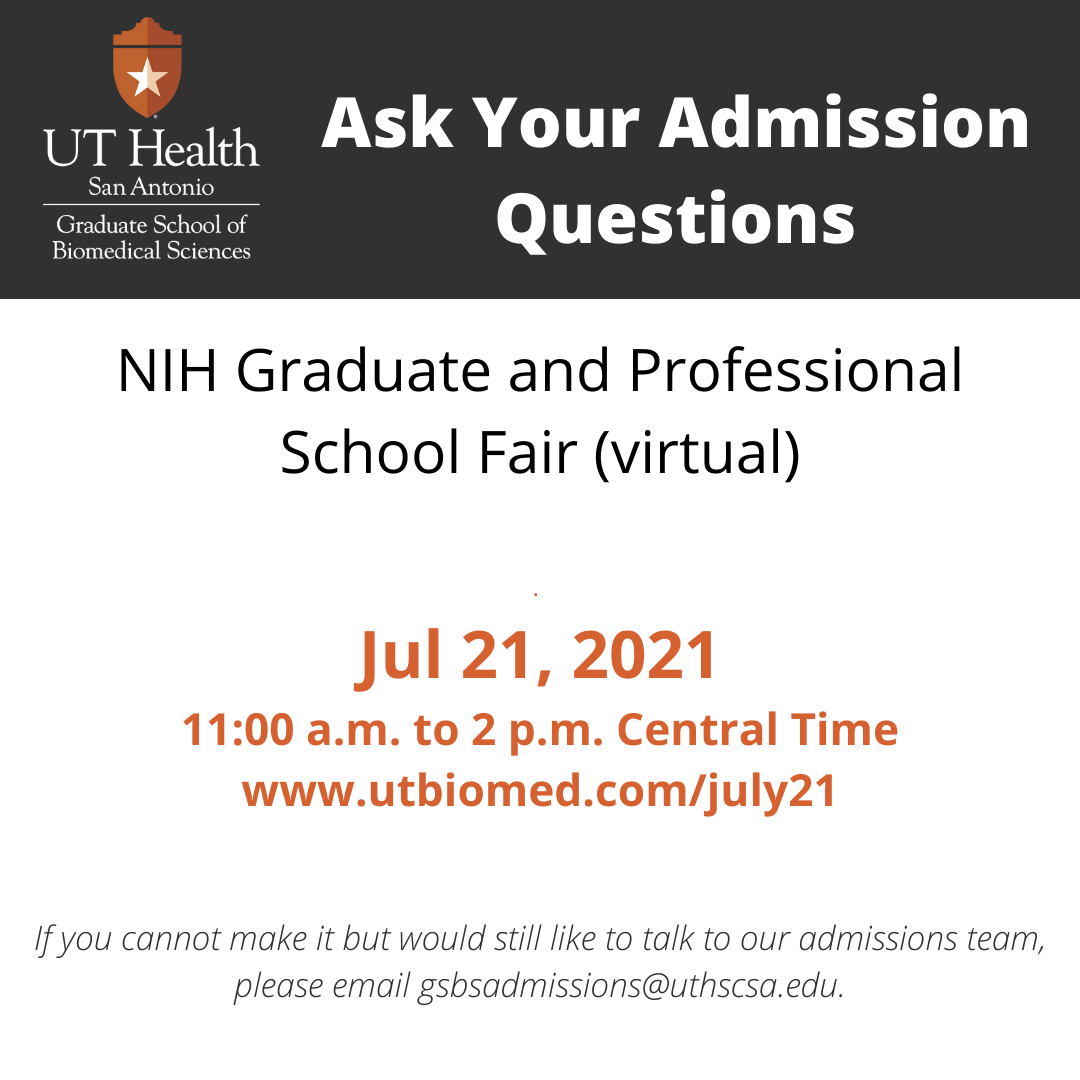 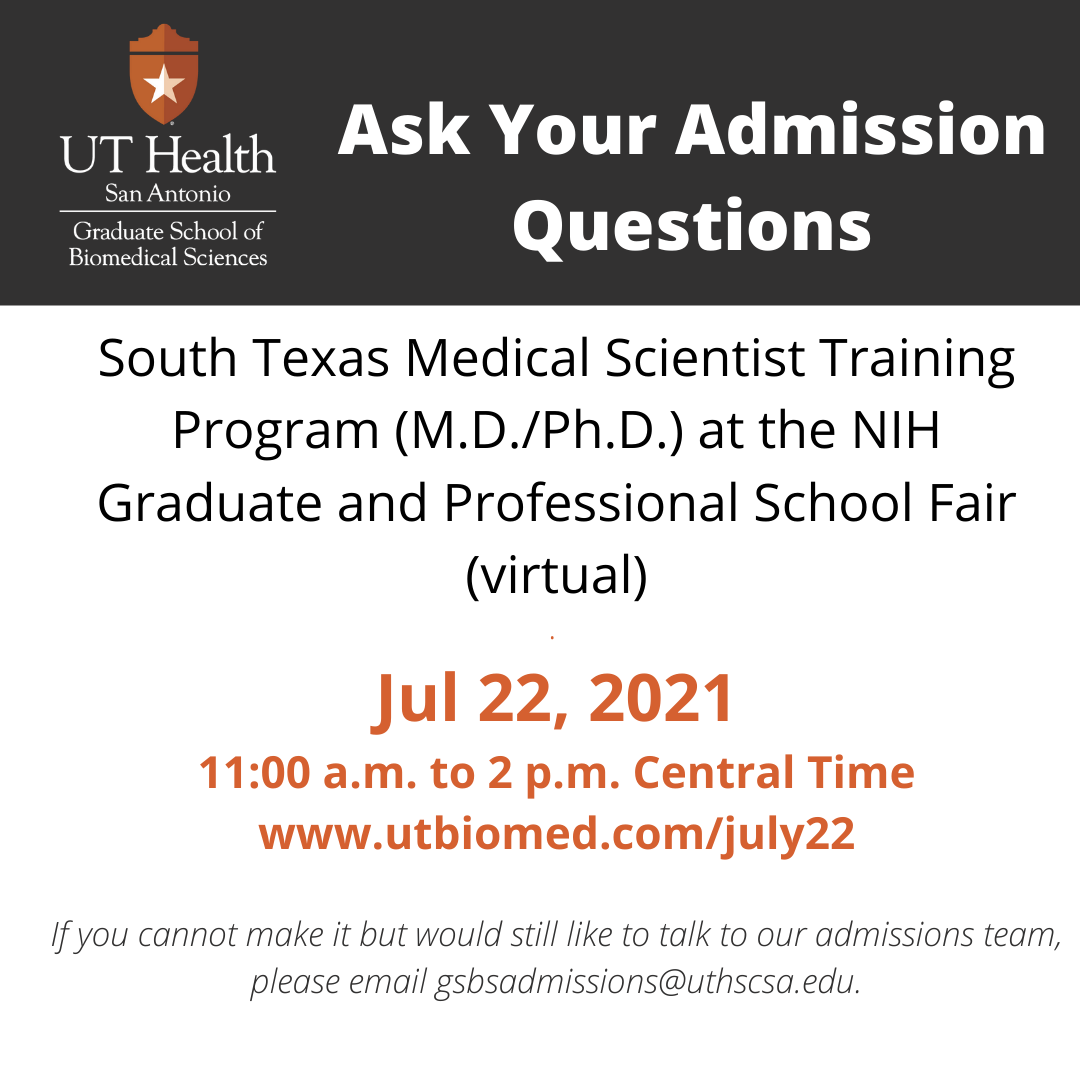 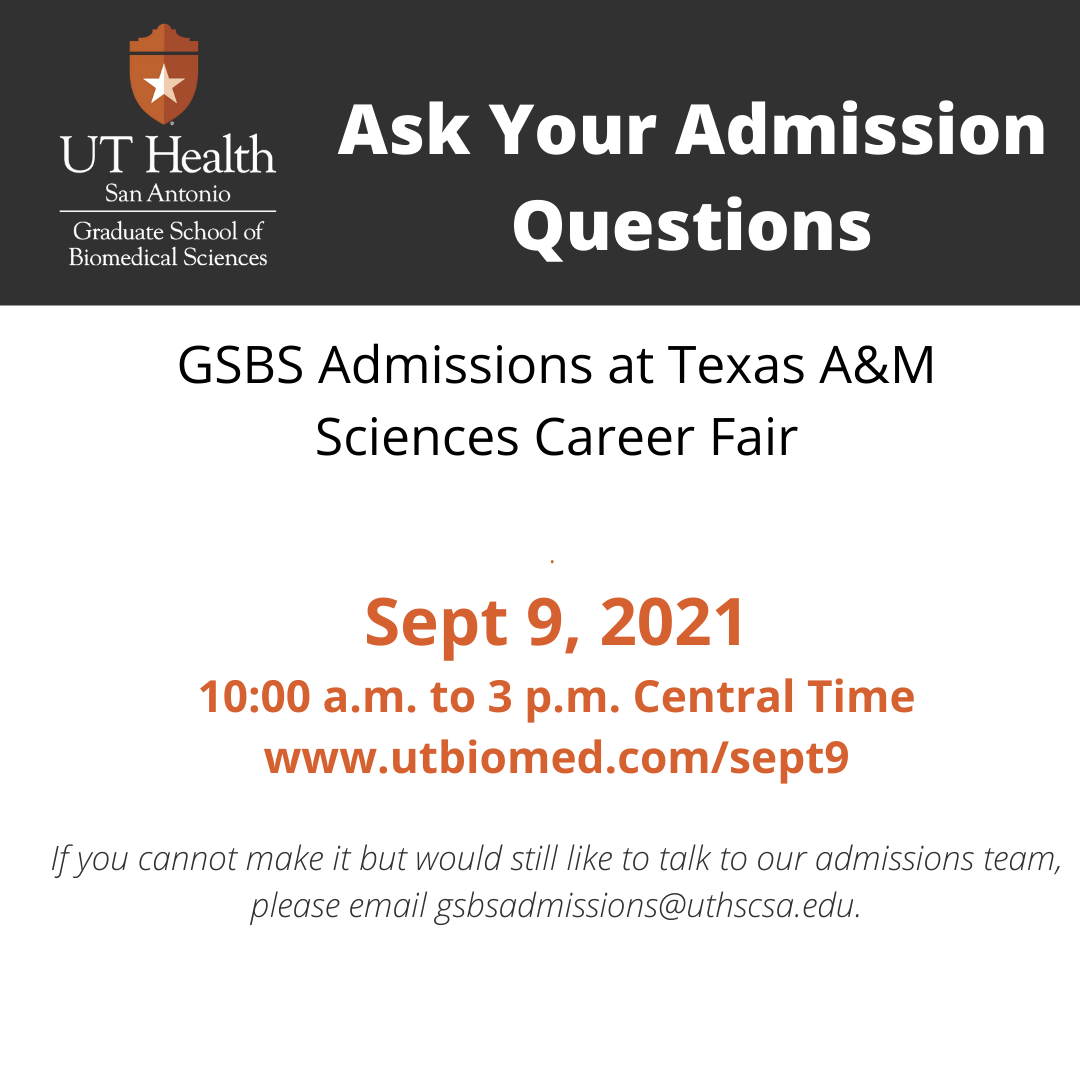 Although discharge of PVN neurons typically increases quite dramatically when animals experience a range of stressors, it has been recognized for many years that stress-related PVN neurons are normally silent in the absence of stress.  Resting discharge quiescence has been linked to the dominance of GABAergic synaptic inhibition, with the majority of GABA inputs arising from the peri-nuclear zone (PNZ) that surrounds the PVN.  The goal of this project is to understand how the dominance of GABAergic inhibition is established and how it is dynamically defended as animals experiencing a range of homeostatic and pathogenic challenges.

Studies in brain slices have revealed that increasing extracellular glutamate (Glu), either by direct bath application or by stimulating release of Glu with high bath K+, consistently increases the amplitude of GABA-A receptor-mediated IPSCs evoked from the PNZ (Fig. 1).  The same treatments do not alter glutamatergic EPSCs evoked from the forebrain median preoptic nucleus (MnPO) (data not shown).  Although a selective increase of eIPSC amplitude often implicates post-synaptic modulation, our evidence indicates that this is not true in the present case.  This is evident, for example, in the fact that Cl- currents induced by puff-application of the GABA-A receptor agonist isoguvacine are unchanged following increased glutamate availability (data not shown).

Paired-pulse ratio analysis has revealed that PVN neurons show little facilitation or depression at rest (paired-pulse ratio (PPR) »unity) and this is unchanged by elevated ambient Glu (Fig. 2).  Elevated Glu also does not change the kinetics of high frequency depression of PNZ eIPSCs amplitude (Fig. 3F) or the rate of recovery from eIPSC depression (Fig. 3E).  These findings indicate that elevated Glu does not increase the total number of GABA vesicles within the collective readily releasable pool of GABA vesicles amongst all GABAergic contacts made onto a given PVN neuron.  In other words, elevated Glu does not increase quantal content of GABA synapses on PVN PSNs (Fig. 3A-B).  Findings so far indicate that high extracellular glutamate causes newly forming/maturing GABA vesicles in the reserve vesicular pool to become “over-stuffed” with GABA.  In other words, that elevated tissue Glu increases GABA vesicle unitary quantal size.  The latter is consistent with evidence from non-stationary fluctuation analysis of miniature IPSCs.

So far, we’ve linked the strengthening of IPSCs by Glu to its uptake by the neuronal glutamate transporter EAAT3 (Fig. 3C).  Functional significance of Glu-GABA strengthening has been investigated.  In current clamp recordings (Fig. 4A), incubation of slices with Glu or high K+ leads to delayed inhibition prevented by the GABA-A receptor antagonist picrotoxin and by the EAAT3 inhibitor TBOA.  Delayed inhibition is not due to post-excitatory depression since no net inhibition is observed after PVN neuronal discharge is increased by injection of depolarizing current. 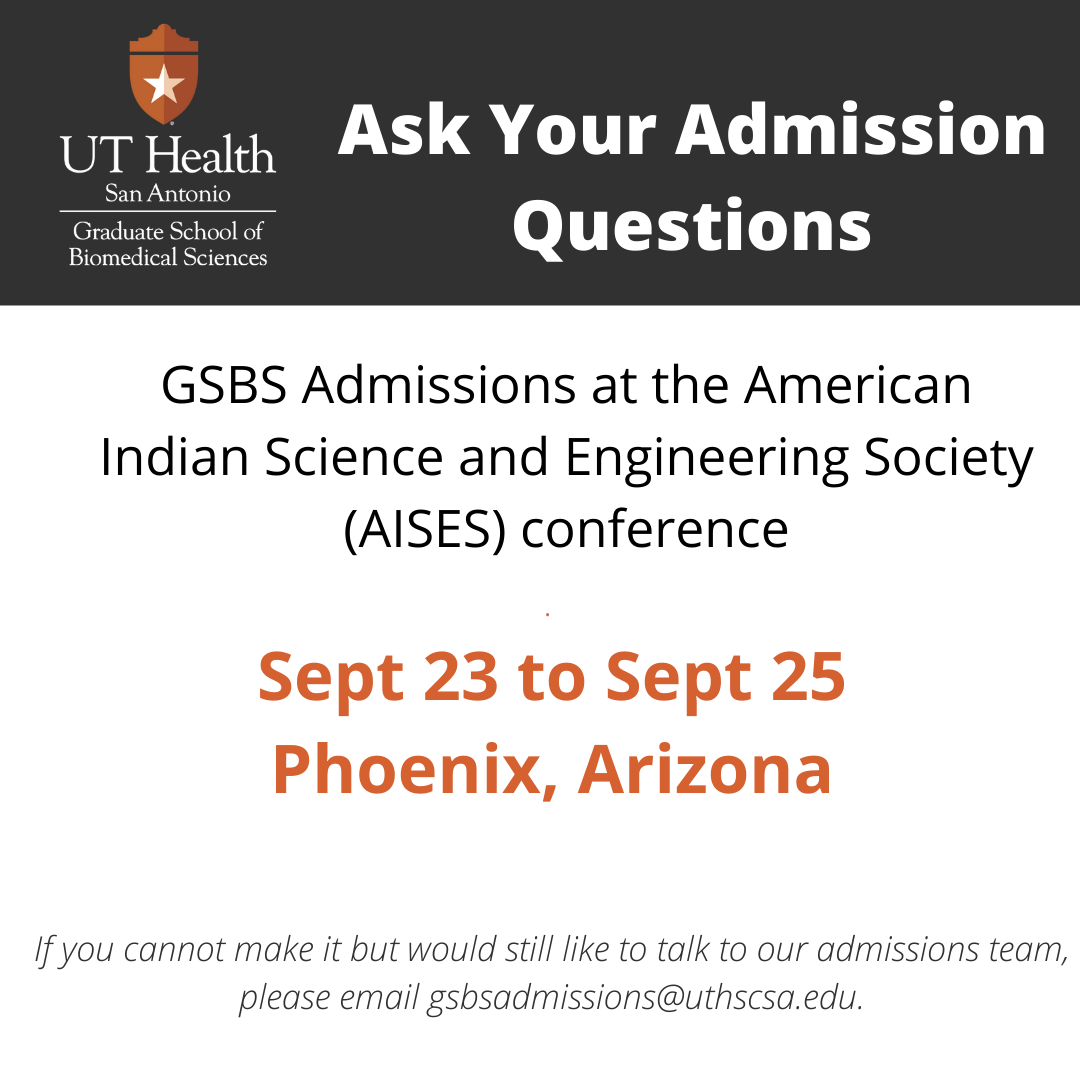 We consider coupling the strength of GABAergic inhibition with that of glutamatergic excitation to be a form of homeostatic synaptic plasticity that prevents PVN hyper-activation and exaggerated stress-related behavioral arousal and sympathetic nervous system activation during psychological and physiological challenges, and possibly during chronic stress-related psychiatric and cardiovascular diseases.  Evidence of in vivo Glu-GABA strengthening includes the fact that the increase of sympathetic nerve activity caused by PVN disinhibition with picrotoxin is dramatically increased after focal PVN delivery of Glu (Fig. 4, bottom). 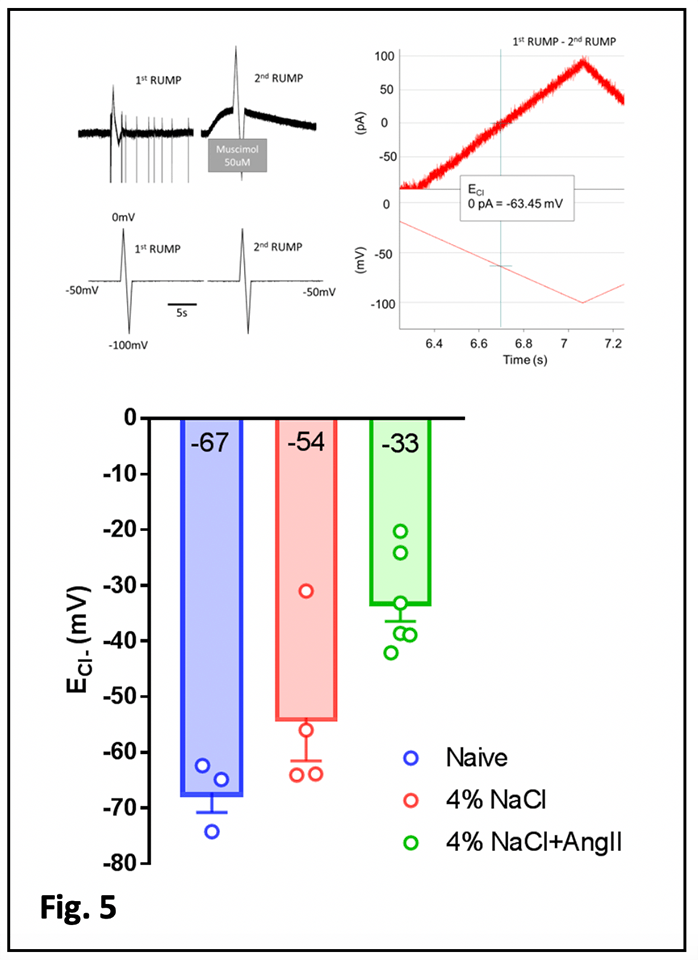 Of special interest in the later regard is that “Glu-GABA strengthening” appears to be maximally or near maximally driven in animals with arterial hypertension and anxiety induced by consumption of a high salt diet alone or a high salt diet in combination with systemic delivery of the hormone angiotensin II (AngII).  Additionally, gramicidin perforated patch recording reveal that high salt intake alone and with AngII causes progressive depolarization of ECl- (Fig. 5).  As a result, GABA becomes less inhibitory in high salt fed animals and frankly excitatory in animals with AngII-salt hypertension.  The implication is that not only is buffering of neuronal activation by Glu-GABA strengthening lost under these conditions, it becomes a source of feed-forward hyperactivity of stress-related PVN neurons.

We recently reported that mice consuming high salt exhibit enhanced active coping anxiety-like behaviors.  It increased time spent mobile during acute swim stress and increased grooming behavior thereafter.   We explored CRH and vasopressin neurons of the hypothalamic PVN with input to the amygdala as mediators and found evidence that vasopressin neurons, likely projecting to the basolateral amygdala (BLA) are involved.  Moreover, we determined that high salt intake activated microglia and raised the tissue level of the pro-inflammatory cytokine TNFα in the extended amygdala.  Importantly, the anti-inflammatory drug minocycline prevented microglial activation, diminished tissue TNFα and prevented high salt-induced enhancement of anxiety-like active coping behaviors.  These findings are part of a larger effort to explore the role of cytokines in high salt intake pathobiology, with the hypothesis being that pro-inflammatory cytokines promote intrinsic and synaptic plasticity as a means to enhance neuronal output relative to net synaptic drive (see project 3, below).

More recently, we explored serotonin (5-HT) modulation of the BLA in fear conditioning responses given evidence that both cued and contextual fear conditioning strongly activate the PVN stress axis as well as 5-HT neurons in the dorsal raphe nucleus.  We confirmed literature evidence that 5-HT in the BLA blunts fear memory acquisition and consolidation.  On a cellular level, we determined, for the first time, that 5-HT dominantly inhibits BLA principal neurons that send axonal projections directly to the medial entorhinal cortex (mEC).  This is significant because in relation to the idea that graded intensities of stress can have a range of non-linear behavioral effects.  Our concept is that formation of fear memories during mild-to-moderate stress is not adaptive to survival and that activation of 5-HT inhibitory inputs to the BLA-mEC pathway to the hippocampus suppresses formation of fear memory, especially contextual fear memory.  More intensive stresses, particularly those with negative valence, including predator threat, drive sufficient limbic excitatory inputs to BLA that synaptic facilitation (e.g., long-term potentiation) ensues that 5-HT inhibitory input is overpowered, enabling the formation of fear memory despite inhibition by 5-HT input. 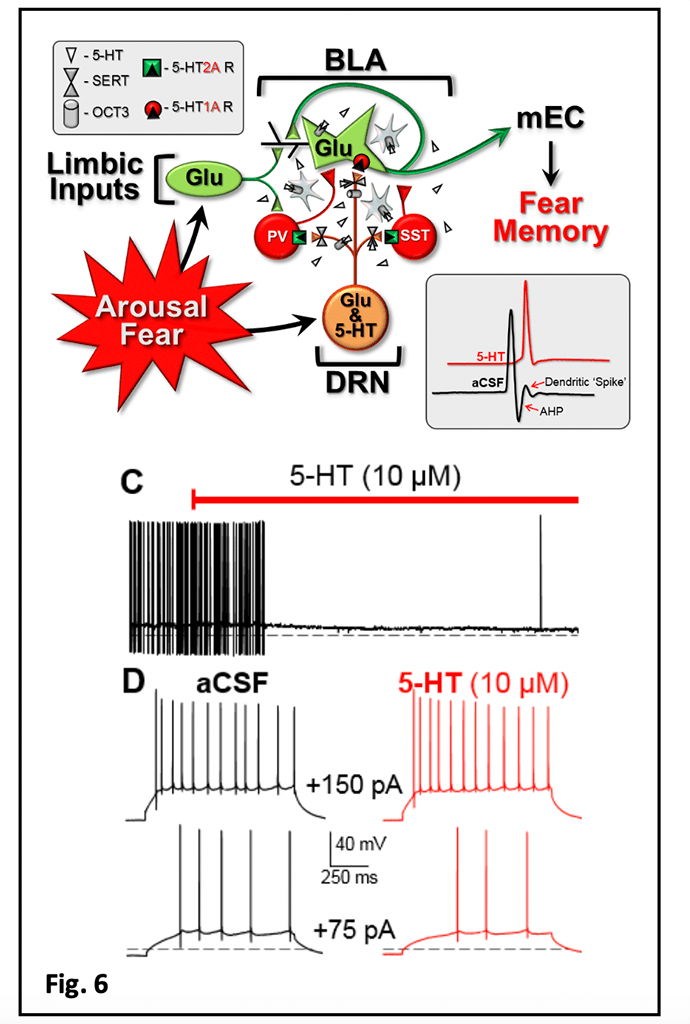 Our working model of fear conditioning is shown in Fig. 6 (top).  Whole-cell current clamp studies revealed that discharge of BLA-mEC neurons was consistently inhibited by bath 5-HT.  Discharge inhibition by 5-HT was abrupt and accompanied by a small (1-3 mV) membrane hyperpolarization and no effect on supra-threshold neuronal excitability (Fig.6, bottom).  These findings are consistent with 5-HT acting indirectly to increase inhibitory input from GABAergic interneurons in the BLA.  There are multiple subtypes of BLA interneurons.  The most abundant are parvalbumin (PV)-positive cells, which mostly form somato-dendritic synapses on BLA principal neurons.  According to our working model, PV+ interneurons are a major site of 5-HT action in the BLA.  The concept is that 5-HT triggers excitatory signaling through 5-HT2A receptors to activate these neurons and thereby hyperpolarize BLA-mEC neurons to decrease their firing.  We also postulate that 5-HT activates somatostatin (SST)-positive interneurons via the 5-HT2A receptor.  According to literature evidence, many SST+ interneurons form axo-axonic synapses at the axon initial segment of BLA principal neurons.  We conceive of these inputs as diminishing spike output to the mEC as well as output along a recurrent axon that normally functions to auto-excite the dendritic arbor of BLA-mEC neurons to promote long-term potentiation facilitation of glutamatergic synapses driven by excitatory limbic (perceptual) inputs.  We also obtained evidence consistent with 5-HT acting on a non-5-HT2A receptor, likely expressed on BLA-mEC neurons, to suppress a prominent after-hyperpolarization potential (AHP) likely mediated by SK channels.  We anticipate this action to have modest impact in the normal animal, but may be important in disease models or under specific stress conditions. 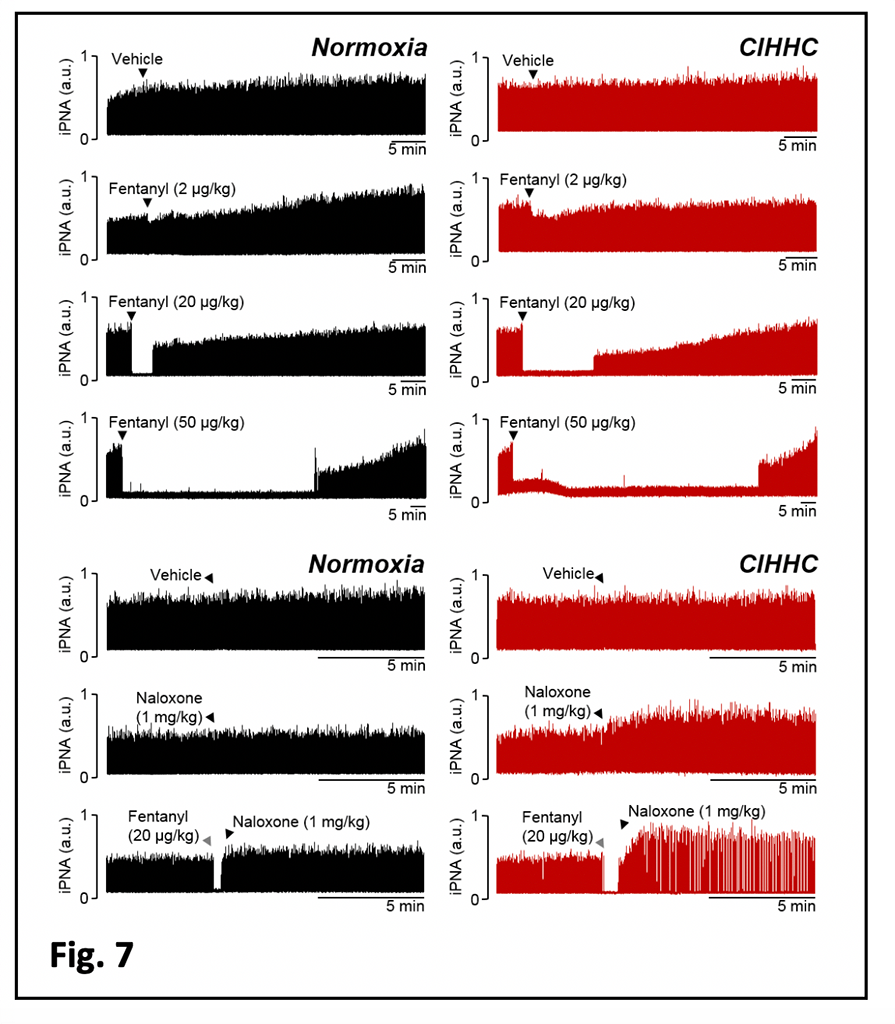 We have determined that rats and mice exposed to chronic intermittent hypoxia with concurrent hypercapnia (CIHH) to mimic sleep apnea are more vulnerable to lethal opioid-induced respiratory depression (Fig. 7, top).  This is consistent with clinical literature.  As expected, systemic administration of the opioid receptor antagonist naloxone can prevent and reverse OIRD induced by Fentanyl, and it does so in naïve as well as CIHH exposed animals.  We determined that CIHH increases tonic opioid receptor inhibition in the PVN, as indicated by increased phrenic nerve burst amplitude and frequency (increased neural minute ventilation) (Fig. 7, bottom).

From these and numerous other experiments, we identified a possible therapeutic target to treat OIRD and thus to stem the opioid epidemic.  There is great interest in this project and we have received a provisional patent for our discoveries.

There are several other projects ongoing in the lab that rely heavily on viral optogenetic and chemogenetic approaches to investigate circuit mechanisms within the above projects.  We are also using genetically engineered “sniffer cells” to probe release of peptide neurotransmitters/modulators.  In vivo fiber photometry is being used with genetically encoded fluorescent Ca2+ reporters to investigate circuit function in conscious animals.  Viral shRNA and CRISPER-Cas9 approaches are also being used to knock-down specific genes and proteins considered vital to the mechanisms of ongoing studies.