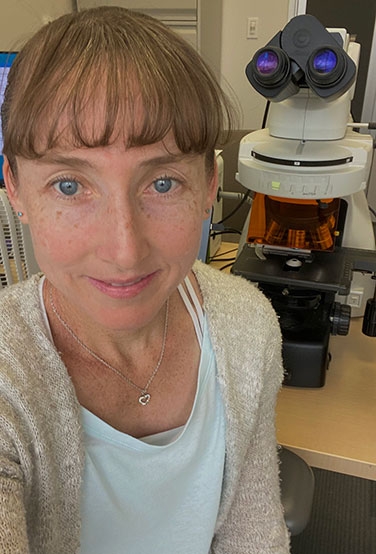 Department of Pathology and Laboratory Medicine

Co-Director of the Biggs Brain Bank

I have begun to establish a successful aging cohort here in San Antonio in conjunction with the Biggs Institute, Barshop Institute and Pepper Center.  We are interested in the relationship between cognitive and physical ability, as well as frailty.  Almost all people will develop some degree of Alzheimer's disease pathology in their lifetime, but there are some individuals who resist this development of pathology, and others who are resilient despite the presence of pathology (develop AD pathology, but no cognitive decline). My research focuses on understanding the mechanisms by which these individuals resist the development of pathology, or the evade the cognitive decline that one would expect with the amount of AD pathology present. We have used digital pathology and spatial proteomics to investigate these individuals. I have also been involved with the primary age-related tauopathy (PART) working group for over 5 years, which is a study investigating the biochemical, neuropathologic and genetic characteristics of this pathologic entity.  In addition, we are working on a spatial metabolomics project looking at the inverse relationship between AD and CNS neoplasms.