Dr. Price is a native South Texan. He received a B.S. in Neuroscience from Baylor University and a Ph.D. in Pharmacology from UT Health San Antonio. While at UT Health San Antonio, David’s research focused on novel therapeutic pathways for Parkinson’s Disease under the mentorship of Drs. Andrea Giuffrida and James Roberts.

He then completed a NIDA-funded fellowship at the University of Colorado School of Medicine where he gained additional expertise with dopamine receptor systems and molecular pharmacology. Afterwards, he pursued a NIA-sponsored fellowship at the University of Kentucky Medical Center on neurosurgical devices and intracranial measures of neuromolecules.

David joined Eli Lilly and Company in 2011 as a Psychiatry Medical Liaison. In this role, he fostered relationships and partnerships throughout the Midwest from his home in the Twin Cities. After an extended stay away from family and friends back in Texas, David relocated to Texas as a Urology Medical Liaison covering the Southwest while providing extended support to the Musculoskeletal therapeutic area. He then joined Eli Lilly as a Strategy & Capabilities Consultant for their U.S. Medical Division.

Throughout his education and fellowship training, David was aligned with an academic career path. David’s mentor in Kentucky was leading an academic-industry research collaboration, and David was fortunate to join the study team. He was inspired by the complexities, teamwork and collaboration that ultimately deliver life-changing medicines to patients.

In turn, David charted a new career path, decided on the Medical Liaison role as a unique interface within the medical community and immediately began networking and applying for such positions in the Neurosciences. One networking opportunity, in particular, led David to apply to Eli Lilly and Company, where he has been ever since.

While at Lilly, David has been able to take on new challenges and diversify through involvement in multiple therapeutic areas. While not completely obvious at the time, in part due to his focus on an academic career path, the faculty and programs at UT Health San Antonio played a pivotal role in preparing David for a career in industry.

Outside of a broad curriculum that helped David transition from Neuroscience into other therapeutic areas, UT Health San Antonio afforded numerous opportunities for David to develop communication and networking skills through interactions with guest speakers in seminar series.

Perhaps most importantly, at every point of his education and career, David had an invaluable network of supportive mentors, colleagues, family and friends. 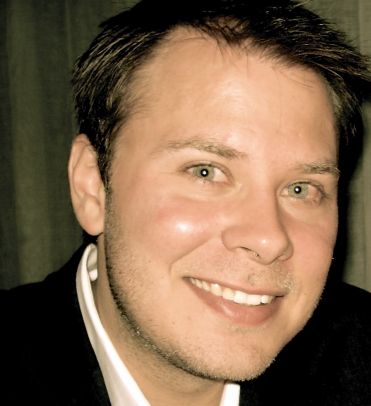