John Barnes is the Vice President of Human Resources & Learning at BioBridge Global. BioBridge Global (BBG) is a nonprofit company that oversees and supports the South Texas Blood & Tissue Center, QualTex Laboratories, GenCure, and The Blood and Tissue Center Foundation. He also owns an HR software design firm and in the course of his work, he has filed two patent applications for software programs. Prior to his work with BBG, he held senior management positions in operations and human resources at several firms including Texas Biomedical Research Institute, Accenture and ILEX Oncology, Inc. He also served as an adjunct faculty member with Texas A&M San Antonio where he taught a course on Human Resource Information Systems.

He is active with the Society for Human Resource Management (SHRM) and the San Antonio Human Resource Management Association where he served as the president of the Association in 1990. He is a member of Kappa Gamma Pi, the National Catholic College Graduate Honor Society, Delta Mu Delta, a National Business Administration Honor Society and Delta Sigma Pi, a National Professional Business Fraternity. Mr. Barnes is a Rotary Paul Harris Fellow and an Eagle Scout. He has served as a volunteer for numerous community organizations including serving as a member of the Board of Trustees for the Montessori School of San Antonio and Scoutmaster for a local Boy Scout troop. John is a graduate of the FBI Citizen’s Academy and is a member of InfraGard, a public-private partnership between U.S. businesses and the Federal Bureau of Investigation.

By jumping in head first, working my tail off, and realizing that nothing worthwhile comes easily. By trying things others may not have thought about, had the courage to try, or cared to do. By leading others by example and accepting responsibility for my actions while praising others for theirs when things go well. By compassionately understanding that not everyone is as fortunate as I. By being a great husband, father, son, brother and friend. By seeking first to understand and then to be understood. And for trying, though not always successfully, not to take myself too seriously. 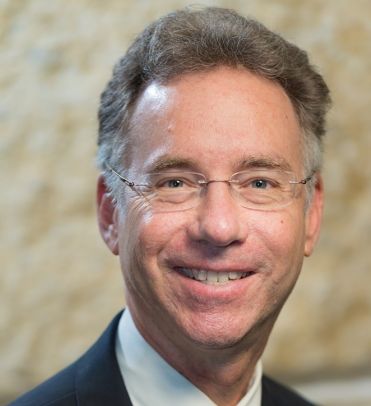 In my role as an HR professional, I’ve had the opportunity to coach, train and mentor others within the field as well as those whose professions are not necessarily directly associated with the practice of human resources management. Aside from the practice as a professional in Human Resources, and regardless of the field in which one works, the ability to lead people is of utmost importance.

Growing up in a community of many individuals with doctoral degrees and raised in a family that included two members with doctoral degrees, it is obvious that a great deal of time and effort is dedicated toward one’s field of study. Years of hard work and sacrifice is spent learning a discipline within fields associated with STEM. What’s often missing in programs of higher education geared towards STEM are courses that focus on the practice of people management.

The ability to understand what motivates people and how to effectively communicate with people does not come easily for some. In addition, the need to understand United States employment law and associated rules and regulations is not for the weak hearted. While I’m never going to work at a bench, decipher a mathematical theorem, or isolate a genetic sequence, I can coach those who do as they deal with the rigors of employing people. With my keen desire to assist with the advancement of STEM, I offer my abilities to coach, train, and serve as a resource for graduate students as they learn how to lead and teach people in their chosen fields.