Dr. Melanie Paquette works as a Medical Science Liaison Consultant in Neuroscience with Eli Lilly in Indianapolis, IN.

She worked as a research faculty (instructor) in Neurology at Oregon Health & Science University, then in Dr. Andrea Giuffrida’s lab in the Department of Pharmacology at UT Health San Antonio studying the 6-OHDA rat model of Parkinson's disease.

Since 2010, she has been a Medical Science Liaison with Eli Lilly (Indianapolis, IN) in Neuroscience, covering Psychiatry, Neurology, and Pain. Melanie is based in San Antonio, and she meets with researchers in Texas, Louisiana, and Arkansas. She also moonlights as a science/medical editor for two companies, Write Science Right (Las Vegas, NV) and Biomed Proofreading (Cincinnati, OH).

Melanie was fortunate to have good mentors and colleagues who helped her to build her network, gain experience in leadership positions, and learn about non-academic careers. Her graduate student mentor introduced her to a small scientific society (the International Behavioral Neuroscience Society) that gave her opportunities to serve as student counselor, secretary, and newsletter editor.

Not only did her involvement in the International Behavioral Neuroscience Society expose her to Ph.D.s working in Pharma, but in her search for content for the newsletter, she interacted with numerous Ph.D.s working outside of academia to learn about non-academic careers.

After completing her postdoc, Melanie wanted to strive for work-life balance, so she pursued the research faculty route, but she continued to learn about non-academic careers.

One of her postdoc mentors introduced her to two Medical Science Liaisons (MSL), a friend in graduate school introduced her to another MSL, and then another friend from graduate school became an MSL at Eli Lilly and encouraged her to apply for an opening on the team. Melanie applied to learn more about the job, and the more she learned, the more interested she became. Fortunately, she was offered the job. She has been working as a Neuroscience MSL since Oct. 2010. 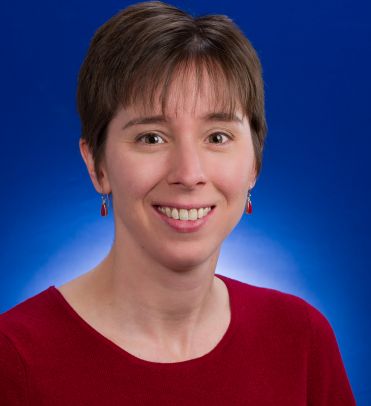