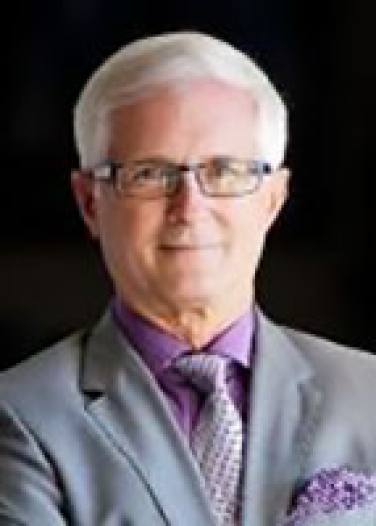 Dr. Kevin M. Gureckis is now on staff as a part-time Professor/Clinical, Department of Comprehensive Dentistry at UT Health San Antonio. He has taught at the dental school full-time since 2004, where he first served as a restorative dentistry faculty until 2010.  He was then selected to serve as a General Practice Group (GPG) leader (one of eight) in the clinic for third- and fourth-year students until recently. He retired from the USAF Dental Corps with the rank of Colonel in 2004, with more than 24 years of active duty service, and an additional four years as an Individual Mobilization Augmentee (IMA). He completed his military career as Program Director of the two-year AEGD residency at Lackland Air Force Base, Texas, along with appointments as Military Consultant to the U.S. Air Force Surgeon General for General Dentistry and Special Consultant to the Assistant Surgeon General for Dental Services. Upon retirement he was awarded the ‘Air Force Legion of Merit.’

He graduated from the College of the Holy Cross with a B.A. in Chemistry in 1973, and received his D.M.D. degree from Tufts University School of Dental Medicine in 1976. A one-year general practice residency (GPR) was completed in 1977 at Wright-Patterson Air Force Base, Ohio, and a two-year Advanced Education in General Dentistry a two-year general dentistry residency at Wilford Hall Medical Center, Lackland Air Force Base, Texas, in 1989. In addition to seven additional past military assignments, he had four years of private practice experience while in Goose Creek, South Carolina.

Dr. Gureckis was board certified by the Federal Services Board of General Dentistry while on active duty, and continues to maintain diplomate status with the American Board of General Dentistry. He has ‘Life Membership’ status with the ADA, and a past member with the ADA Commission on Dental Accreditation (CODA) as an AEGD site visit consultant. He is a Master in the Academy of General Dentistry (MAGD) with emeritus status, and Fellow in the International College of Dentists (FICD), American College of Dentists (FACD), Pierre Fauchard Academy (FPFA), and Academy of Dentistry International (FADI). He has served as President and on the Board of Directors for the Texas AGD (TAGD), prior national Chair for the AGD’s Legislative and Governmental Affairs (LGA) Council, national AGD delegate for Texas, prior President and Advisory Council member or the San Antonio Component of TAGD, and member of the House of Delegates with both the TDA and TAGD. He has earned numerous recognitions, among them the 2010 TAGD Leadership Award, and first ever teaching excellence recognition from the local San Antonio District Dental Society in 2014.

Dr. Gureckis has presented more than 250 scientific lectures to military and civilian groups nationally. He has been a student mentor for the Critically Appraised Topics (CATs) program, and the ADA/ICD Great Expectations program. He has served on numerous dental school committees and task forces, including chair of the Curriculum Committee, six years as the dental school representative to the Council of Faculties for ADEA, past chair and member on the Dental Student/Faculty Relations committee, and co-director of the AGD Student Chapter at the school.

His prior involvements include the Dental Faculty Practice Advisory Board, past lecturer for the International Dental Education Program (IDEP) and the Dental Early Admission Program (DEAP), mentor for the Teaching Honors Program, and member of the school’s postgraduate periodontal research committee. He was recognized as the 2008-2009 second-year Student Professor of the Year, and the 2015 School of Dentistry Faculty Assembly Teaching Excellence Award. He has been an Assistant Marshall (Hooder) for the school’s graduations since 2011. He was honored with the 2017 ‘Texas Dentist of the Year’, a prestigious annual award since 1966, bestowed from a selected nomination pool from over 9,000 TDA and 3,000 TAGD dentist members.

He maintains an active Faculty Practice in comprehensive dentistry with the School of Dentistry with two half days per week since 2004, and has over 400 patients in his practice. He will continue to serve this school and profession as a tenured Professor/Clinical dentist in part-time status.