Years after retiring from the San Antonio Fire Department, Conrad M. Gonzales, Jr. realized he yearned to be back in the classroom, teaching others how to save lives. The realization came during a lunch break one day after he stopped to help a woman who had been hit by a car and all of his paramedic training came rushing back.

So Gonzales resigned from his job the next day and registered for the EMT and paramedic programs at UT Health San Antonio. He received his certification in May 2017 and began teaching as an adjunct faculty instructor with the Department of Emergency Health Sciences in December 2017. Reaching his goal was a homecoming of sorts for Gonzales, who had served as an instructor at the University decades ago and served 22 years with SAFD.

But even before his return to emergency medical care, Gonzales had been working toward another goal: writing a book about his experiences as a firefighter and paramedic.

Published through Amazon in November, the book features 40 true stories. The title is a reference to the 10-code used by firefighters to indicate they are en route to a call. Gonzales’ wife designed the book’s cover, which features the front and back of an ambulance.

“My objective is to continue to save lives, and they say once a firefighter always a firefighter,” he said. “I am just hoping that the readers will learn and absorb this information and hopefully spread the word to others.” 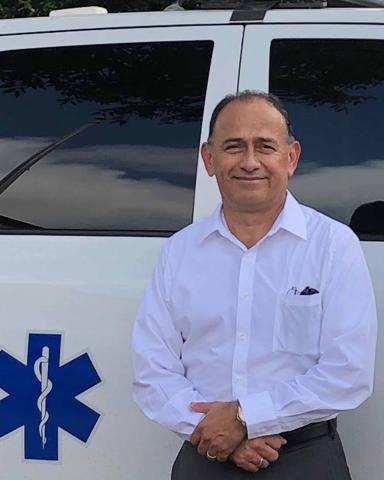