Krystal Polanco, BSRC, RRT and graduate of the University of Texas Health Science Center at San Antonio, Department of Respiratory Care Class of 2015 for receiving the Southwest General Hospital “The Friend of Nursing” award during National Nurses Week. The award is expanded to include ancillary staff members that have demonstrated excellence in carrying out the responsibilities of their role; exhibited excellence in communication skills with patients and staff and excellence in interdisciplinary teamwork.
Krystal was nominated by the NICU Nursing staff for her strong work-ethic of “going above and beyond” and a key impact player to developing the NICU Respiratory night team. 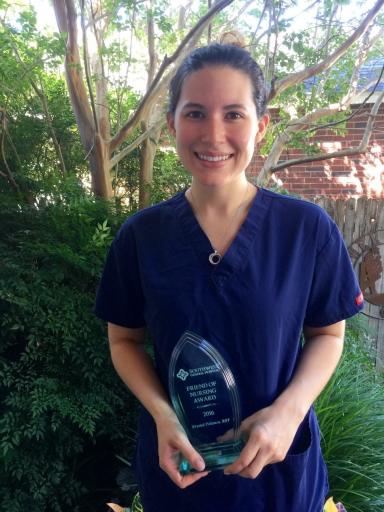