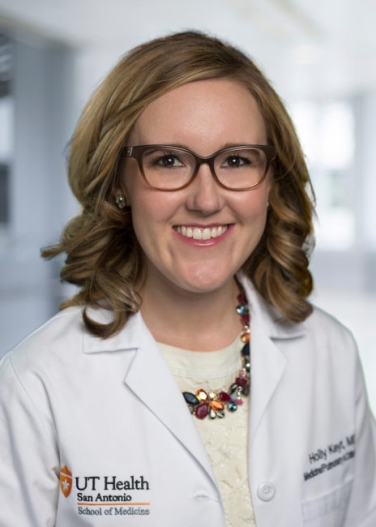 M.D. in Doctor of Medicine

Dr. Holly Keyt  is an Associate Professor and Director of Adult Cystic Fibrosis Program at the University of Texas Health Science Center at San Antonio and specializes in cystic fibrosis, lung
transplantation and advanced lung diseases. She completed her undergraduate studies at Pepperdine University in 2005 in Political Science. She received his/her Doctor of Medicine in 2009 at the University of Nebraska Medical Center. In 2012, she completed her internship and residency in internal medicine followed by subspecialty training in pulmonary diseases in 2014 and critical care medicine in 2015. She is an active member of the American College of Chest Physicians and the American Thoracic Society.