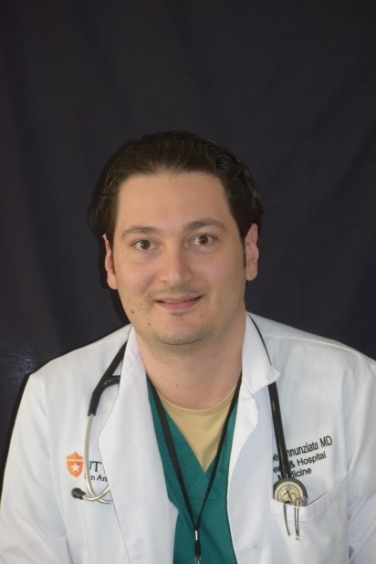 M.D. in Doctor of Medicine

Giuseppe Annunziata joined the Division of Hospital Medicine as an Assistant Professor / Clinical at UT Health San Antonio and as a Hospitalist at University Hospital in 2018. Dr. Annunziata graduated from Seconda Universita degli Studi di Napoli, Facolta di Medicina e Chirurgia, Italy where he received his Doctor of Medicine in 2008.  He completed an Internal Medicine Residency in 2013 and was granted a Chief Medical Resident from 2013-2014 at St. Barnabas Hospital Bronx, NY. He is American Board of Internal Medicine certified since 2013 and member of American College of Physicians.