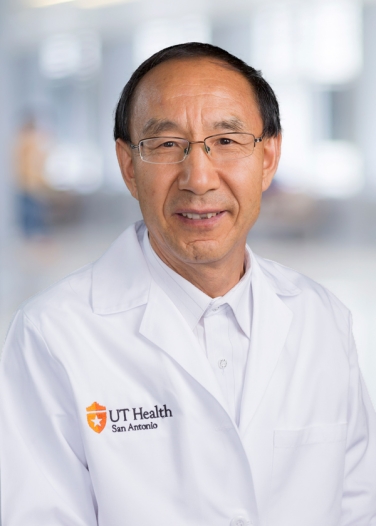 Dr. Senlin Li's primary research interest is to develop autologous hematopoietic stem cell transplantation (HSCT)-based cell and gene therapy, including HSC-derived macrophage gene therapy for neurodegenerative diseases such as Parkinson’s, Alzheimer’s (to deliver neurotrophic factors to the brain) and atherosclerosis (to provide anti-atherogenic factors per se). They have been developing and improving a novel HSCT technology that is non-toxic and free of risk associated with conventional HSCT. This invention, combined with the latest genome editing technologies (CRISPR/Cas9, in particular) and the new wave of gene therapy, will greatly increase the willingness of patients and their physicians to apply HSC gene therapy for treatment of diseases, leading to the realization of the powerfulness of this therapeutic modality. Their laboratory works to extend this approach to inherited and acquired blood/immune disorders including HIV/AIDS (by genome editing to produce CCR5-/- and thus HIV-resistant blood cells).  With the same platform, they are also interested in blood/immune rejuvenation. Finally, they keep constant efforts to generate transplantable HSC from iPS cells.