"The best way to predict the future is to create it." --- Peter Drucker

Inspired by this thought, Dr. Kathleen Stevens, EdD, FAAN, RN, ANEF and professor in the School of Nursing embarked on a creative journey with her husband Alex Hamilton, a San Antonio native and true renaissance Texan and entrepreneur. The two set out to make a lasting contribution to the School of Nursing that would stand as a tangible tribute to the future. 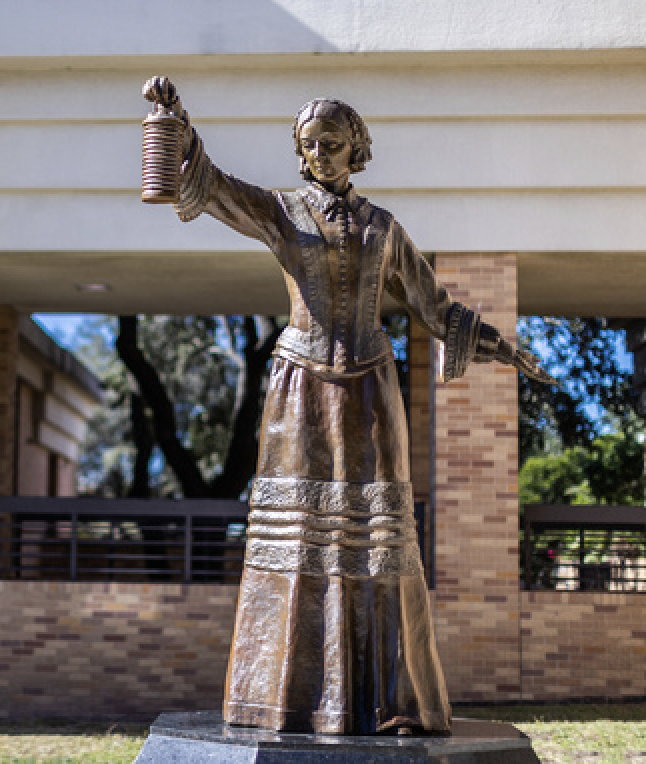 Creative journey and a keen eye for art

Dr. Steven's husband, Alexander B. Hamilton, with his wisdom and keen eye for art, this couple was sparked by the quote, "The best way to predict the future is to create it," by Peter Drucker. The couple started thinking about establishing a tangible reminder pointing to the future. "It had to be Florence Nightingale. There is no larger image in modern health care and nursing than Florence Nightingale," Dr. Stevens said.

The couple started brainstorming in 2019. "I've been coming to this campus for over 30 years. To me, the School of Nursing building needs more character," Hamilton said. "We came up with the idea to make these buildings distinct by featuring a bronze statue that would be special for the nursing school and the university and give it a unique identity."

Dr. Stevens said their discussions focused on 2020, the Year of Nurse, an international celebration based on the 200th anniversary of the birth of Florence Nightingale, who is famous for her work during the Crimean War in the 1850s. (Because of the COVID-19 pandemic, the Year of the Nurse encompassed 2020 and 2021.)

"When Alex and I started thinking about a statue, we decided to find out more about Florence Nightingale," Dr. Stevens said. "She is heralded as the founder of modern nursing but is much more than that. Today's interprofessional health care system and hospital design continue to be influenced by Nightingale's research on nursing and health care in the mid-1800s. Her legacy goes far beyond nursing and still resonates across all health professions today."

"Once we decided to propose a statue of Florence Nightingale, we knew we wanted to get an old West artist who had an eye for anatomy and facial structure," he said. "We met an artist who had a booth at the San Antonio Stock Show and Rodeo and bought a small bronze statue of a steer head that he had done. We took it home and looked at the bone structure, nostrils and eyes and decided to ask him if he would be interested in our project. We knew we had the right artist when he said he would 'give it a shot."

The artist, Rick McCumber, and his wife, Cindy, of Huntsville, Texas, came to San Antonio for an early meeting with the couple and Dean Eileen T. Breslin, PhD, RN, FAAN. Dr. Breslin, a long-standing admirer of Nightingale, whole-heartedly approved the idea of the bronze statue for the School of Nursing.

"We decided we wanted a nine-foot statue which is 150 percent of her height. Nightingale was 5'7" tall," Hamilton explained. "We told Rick that we wanted her to stand in front of the School of Nursing building with the proper candle lantern in her right hand and her left hand beckoning students to enter their future through the School of Nursing."

Listen to our Nightingale Podcast Series 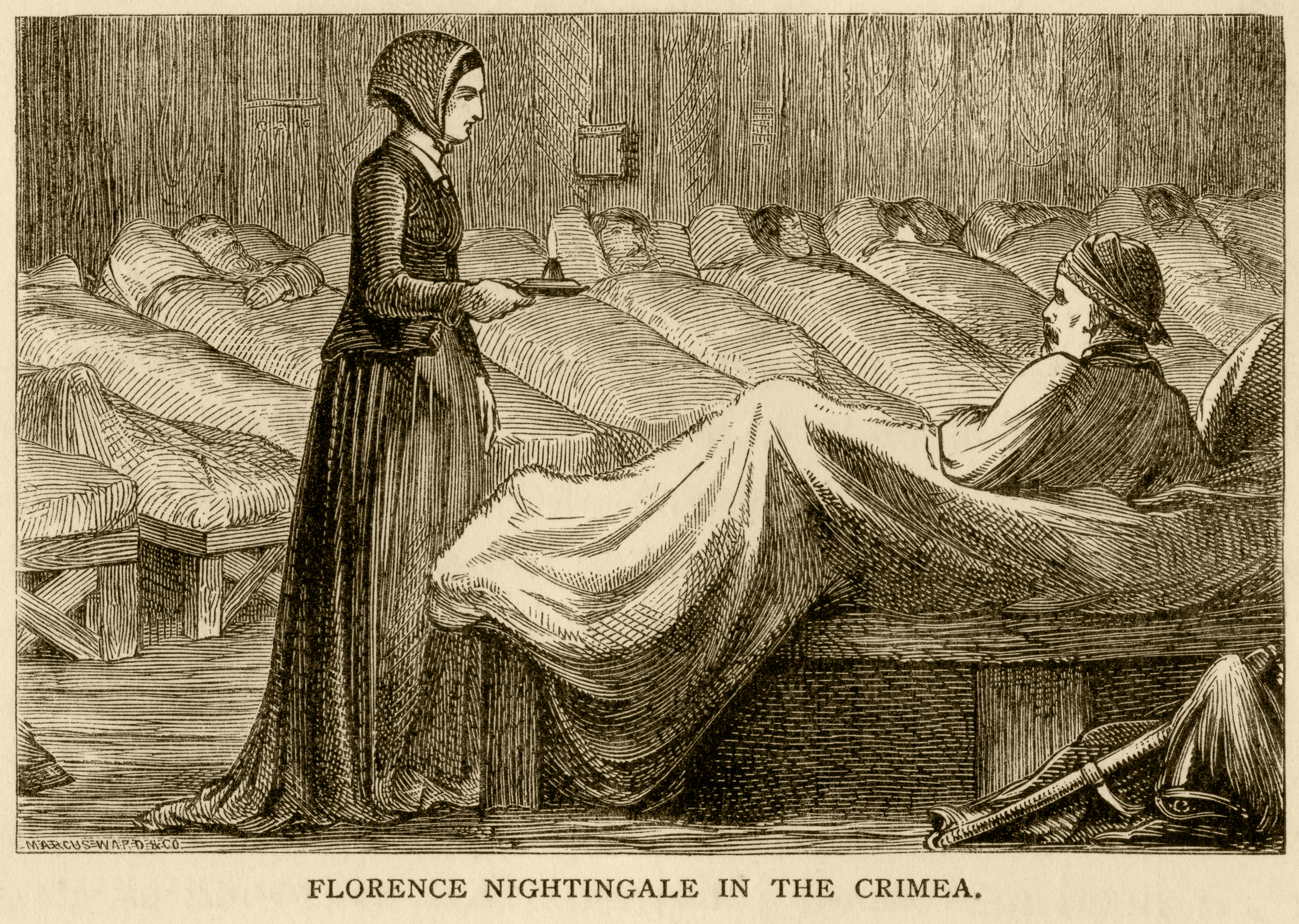 Born May 12, 1820, in Florence, Italy, to Frances Nightingale and William Shore Nightingale

Enrolled as a nursing student at the Lutheran Hospital of Pastor Fliedner in Kaiserwerth, Germany, in 1844

Battled poor health, which has been attributed to her contracting "Crimean fever," and was bedridden by age 38 but remained an advocated for health care reform

Led a team of nurses to treat British soldiers injured during the Crimean War, which broke out in 1853

Wrote "Notes on Matters Affecting the Health, Efficiency and Hospital Administration of the British Army," an 830-page report analyzing her experience in Crimea and proposing reforms for hospitals

Created, with Queen Victoria's support, a Royal Commission into the health of the army by employing the country's top statisticians

Funded the establishment of St. Thomas' Hospital - with the Nightingale Training School for Nurses as part of it - with money from the Queen

Published "Notes on Hospitals," which focused on civilian hospitals, in 1859

Served as a consultant (from afar) for the U.S. Civil War on how to best manage field hospitals for injured soldiers

Changed society's view on nursing, which had been looked down on by the upper classes, as her notoriety and efforts resulted in it being considered an honorable profession

Proclaimed passionately, "I stand at the Altar of the murdered men [Crimean War soldiers] and while I live I fight their cause."

Recognized for her work by Queen Victoria who presented her an engraved broach and granted her a prize of $250,000 from the British government

Named the first female member of the Royal Statistical Society