Captain Hosea reported to his current assignment as Commanding Officer, Naval Health Clinic Quantico in June 2020. A graduated from Louisiana State University with a Bachelor of Science Degree in Accounting in 1991 and Northeast Louisiana University with a Bachelor of Science in Nursing in 1995. He began his U.S. Navy career in the Navy Reserves as a Hospital Corpsman (HM3) in 1994 with the Naval Mobile Construction Battalion-28. He has commissioned an Ensign in the U.S. Naval Reserve Nurse Corps in 1996. He was employed as a critical care nurse from 1996 to 1997 in Monroe, LA.

He reported to active duty at Naval Hospital Great Lakes, IL in 1997. During this tour, he was assigned as a critical care staff nurse, post anesthesia care unit manager, and the Command Advanced Cardiac Life Support Program Director. From 2001 to 2003, he was assigned to Naval Hospital Lemoore, CA as the Operations Clinic Manager and the Command Emergency Manager. He was selected as Naval Hospital Lemoore's 2002 Officer of the Year. Captain Hosea's next assignment was to attend the Army-Baylor University Graduate Program at Fort Sam Houston, TX, where he completed a Master's Degree in Health Administration in 2005. Upon completion of graduate school, he was assigned to Naval Medical Center Portsmouth, VA from 2005 to 2008. During this tour he served as the Business Manager, Emergency Medicine Department and Associate Department Head, Orthopedic Medicine. Additionally, he deployed aboard the USNS Comfort for 6 weeks in 2005 supporting Hurricane Katrina recovery operations. Captain Hosea was then stationed at U.S. Naval Hospital Okinawa, Japan from 2008 to 2011 and was assigned as Division Officer, Critical Care Unit and Officer in Charge, Branch Clinics Camp Hansen and Camp Schwab. In 2009, he deployed to Afghanistan's Helmand Province for 7 months as lead U.S. intensive care nurse at the British Camp Bastion Hospital. Captain Hosea was then assigned to the Bureau of Medicine and Surgery (BUMED) from 2011 to 2014 where he served as the Deputy Director for Strategic Analysis Directorate in BUMED M5 and then as Deputy Director, Healthcare Operations in BUMED M3. Captain Hosea was then stationed at Naval Medical Center Portsmouth from 2014 to 2016 where he served as the Associate Director for Nursing Services. In 2016, Captain Hosea reported to Navy Medicine East as the Deputy Chief of Staff for Healthcare Operations. He was responsible leading 34 staff members in planning and management of clinical service, business, and administrative programs for the Region's 19 commands and their associated 69 branch clinics for 468,000 enrolled beneficiaries and operational units in the Eastern United States and Europe. Captain Hosea reported as Executive Officer, Naval Health Clinic Charleston in July 2018 and then was selected to be Interim Director for the Lowcountry Military Health System in April, 2019.

From 2013 to 2016, Captain Hosea served as Navy Medicine's first Specialty Leader for Healthcare and Business Analytics.

An active member of the American College of Healthcare Executives (ACHE) since 2002, he has been an ACHE Fellow since 2005, President of two ACHE Chapters, and member of numerous national and local committees. His awards include the 2018 ACHE Navy Regent Senior Level Career Healthcare Executive, 2007 ACHE Virginia Regent's Award and 2010 ACHE District 7 Regent at Large's Award. In 2013, Captain Hosea was selected and completed 170 hours of service as an Examiner for the national Malcolm Baldrige Excellence Program. 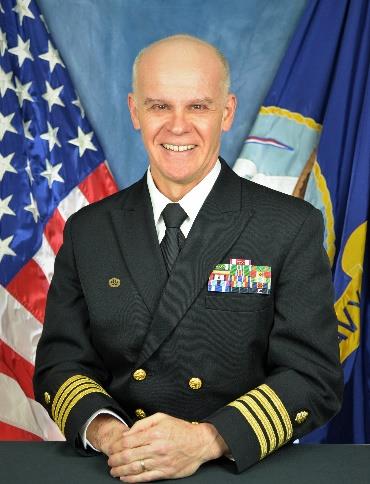