If you're a patient of Kevin Hall, M.D., and a MyChart user, you can:

Dr. Kevin Hall attended the United States Military Academy at West Point, where he was awarded a bachelor of science in chemistry and engineering. He received his medical degree in 1983 from the Uniformed Services University of the Health Sciences in Bethesda, Maryland. Dr. Hall completed his residency training in 1987 and fellowship training in gynecologic oncology in 1993, at the Walter Reed Army Medical Center in Washington, D.C. Prior to joining the department, Dr. Hall completed a military career, achieving the rank of colonel, before his retirement in May 2003. His last assignment was at Brooke Army Medical Center, where he held a number of posts, including chief of gynecologic oncology and vice chair of the department of obstetrics and gynecology. Dr. Hall is certified by the American Board of Obstetrics and Gynecology in obstetrics and gynecology and in gynecologic oncology. His research interests include uterine sarcomas, eptithelial ovarian carcinomas and cervical carcinomas. 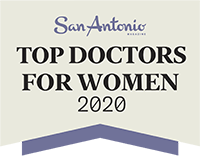