The knee is what is called a hinge joint. It is also classified as a synovial joint along with the ankle and elbow. It works to flex (bend) and extend (straighten) and also has a small amount of rotation.

The three bones that make up the knee are the femur (thighbone), tibia (shinbone) and patella (knee cap). Structures that support the knee include ligaments, tendons, meniscus and cartilage.

Ligaments are a dense connective tissue that connects bone to bone. They are fairly short in comparison to tendons, but very similar in what they are made of. Ligaments are tough and flexible and look like a white band or cable-like structure. To withstand forces that it takes from different directions a ligament is made of a weaving matrix of fibers.

Tendons are thick bands of connective tissue that connect muscle to bone. Similar to ligaments, they are made of collagen and can withstand increased tension. Tendons are the reason a muscle can move the bones in our body when muscles contract.

The tendons involved in the knee include the quadriceps tendon, the patella tendon, hamstring tendons, and the iliotibial band.

These two structures serve as shock absorption for the knee. The cartilage is the most important surface in the knee for absorbing shock. It serves as a gliding surface for when the knee bends, straightens and slightly rotates. It is made of a thick, smooth tissue that acts as a protective covering over the ends of the longs bones at the joint space. 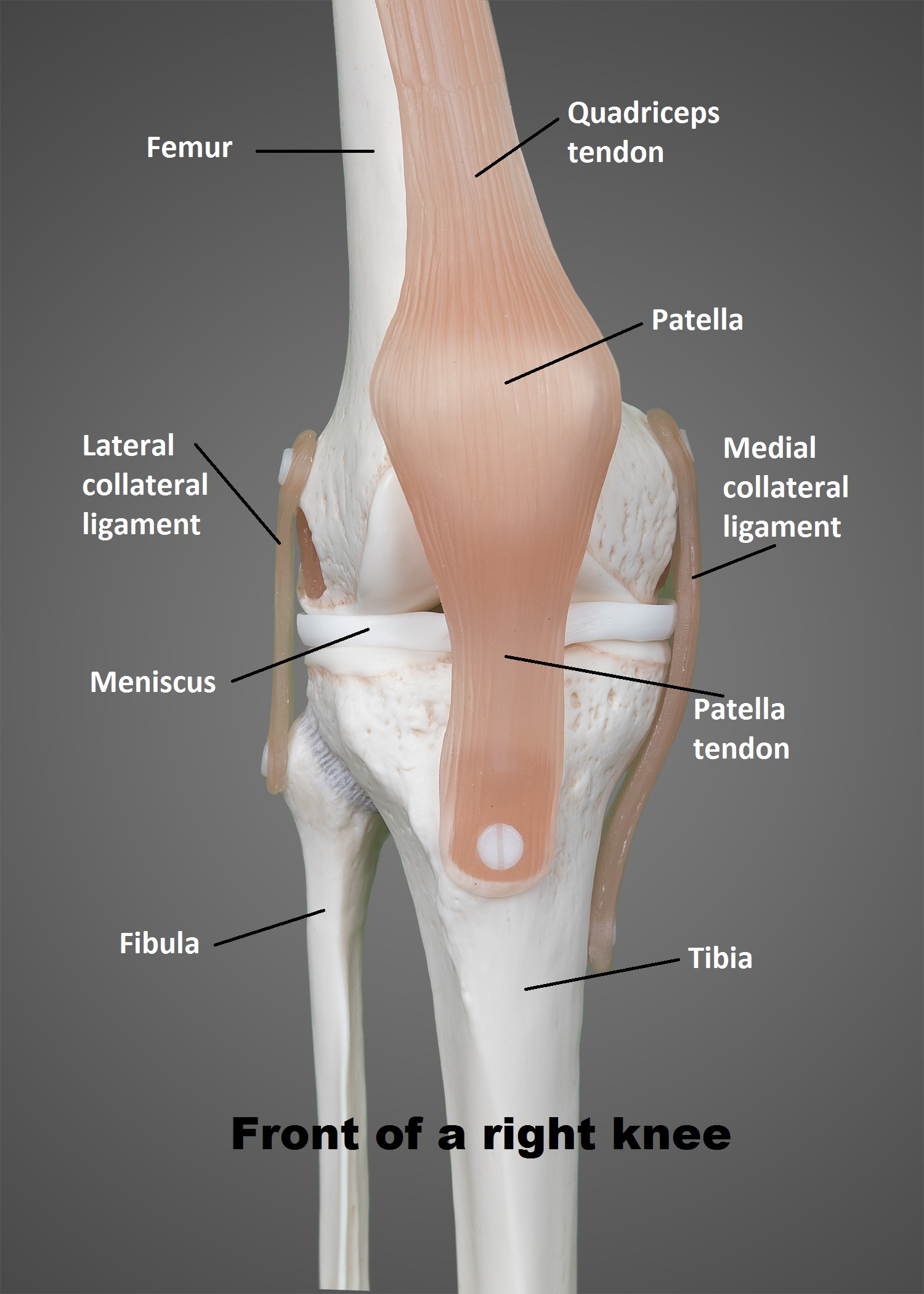