Anatomy of the Shoulder

The shoulder is extremely mobile and made up of several joints that work together. The scapula, clavicle and humerus are the bones of the shoulder. The glenohumeral joint is the main joint and is more like a golf ball sitting on a tee. It works to allow a lot of range of motion in forward flexion (arms in front), abduction (arms to the sides), adduction (arms across the body) and extension (arms reaching back). The acromioclavicular joint connects the clavicle to the acromion, which is part of the shoulder blade or scapula. There is not a lot of movement in this joint, but when there is an injury here it can be very painful.

The scapular thoracic joint is the space between the back of the chest wall and the front of the shoulder blade or scapula and there is a lot of movement in this joint. There is forward and back tilt, gliding movement across the back and rotation across the back.

Ligaments are a dense connective tissue that connects bone to bone. They are fairly short in comparison to tendons, but very similar in what they are made of. Ligaments are tough and flexible and look like a white band or cable-like structure. To withstand forces that it takes from different directions a ligament is made of a weaving matrix of fibers.

Finally, there is a ligament connecting the coracoid process to the acromion called the (you guessed it!) coracoacromial ligament. This ligament plays a role in stopping the head of the humerus from shifting too high upward into the shoulder as well as a tension band in

helping absorb forces transmitted into the acromion by large muscles like the deltoid and trapezius.

Tendons are thick bands of connective tissue that connect muscle to bone. Similar to ligaments, they are made of collagen and can withstand increased tension. Tendons are the reason a muscle can move the bones in our body when muscles contract.

The tendons involved in the shoulder mainly include the long head of the biceps tendon and the tendons of the rotator cuff: supraspinatus, infraspinatus, teres minor and subscapularis. Other supporting tendons include the pectoralis minor, coracobrachialis and the short head of the biceps. These tendons and muscles of the shoulder provide stability to the shoulder joint in different ranges of motion. While one muscle is tightening the opposite is true for an opposing muscle.

Cartilage and Labrum of the Shoulder

There is cartilage at the end of all bones in the body. It serves as a gliding surface for when the shoulder joint moves into different positions. It is made of a thick, smooth tissue that acts as a protective covering over the ends of the longs bones at the joint space. Injuries to the cartilage occur either with trauma or over long periods of time where these surfaces slowly deteriorate due to wear and tear or a disease process. When the process is slow and gradual the damage is often worse. Eventually the cartilage is worn off and the surface of the two ends of bone are no longer gliding on a smooth surface with movement, but instead grinding together.

The labrum of the shoulder is found on the glenoid rim. Like the meniscus of the knee, the labrum of the shoulder helps deepen the contour of the glenoid so that humeral head fits better in the joint. Injuries to the labrum occur with shoulder dislocations and repeated anterior subluxations. These can also be seen in throwers due to the long head of the biceps tendon pulling on the labrum during the acceleration phase of a pitch or throw. There is also incidence of labrum tears in someone who falls on an outstretched arm or when a golfer grounds the club on their swing. 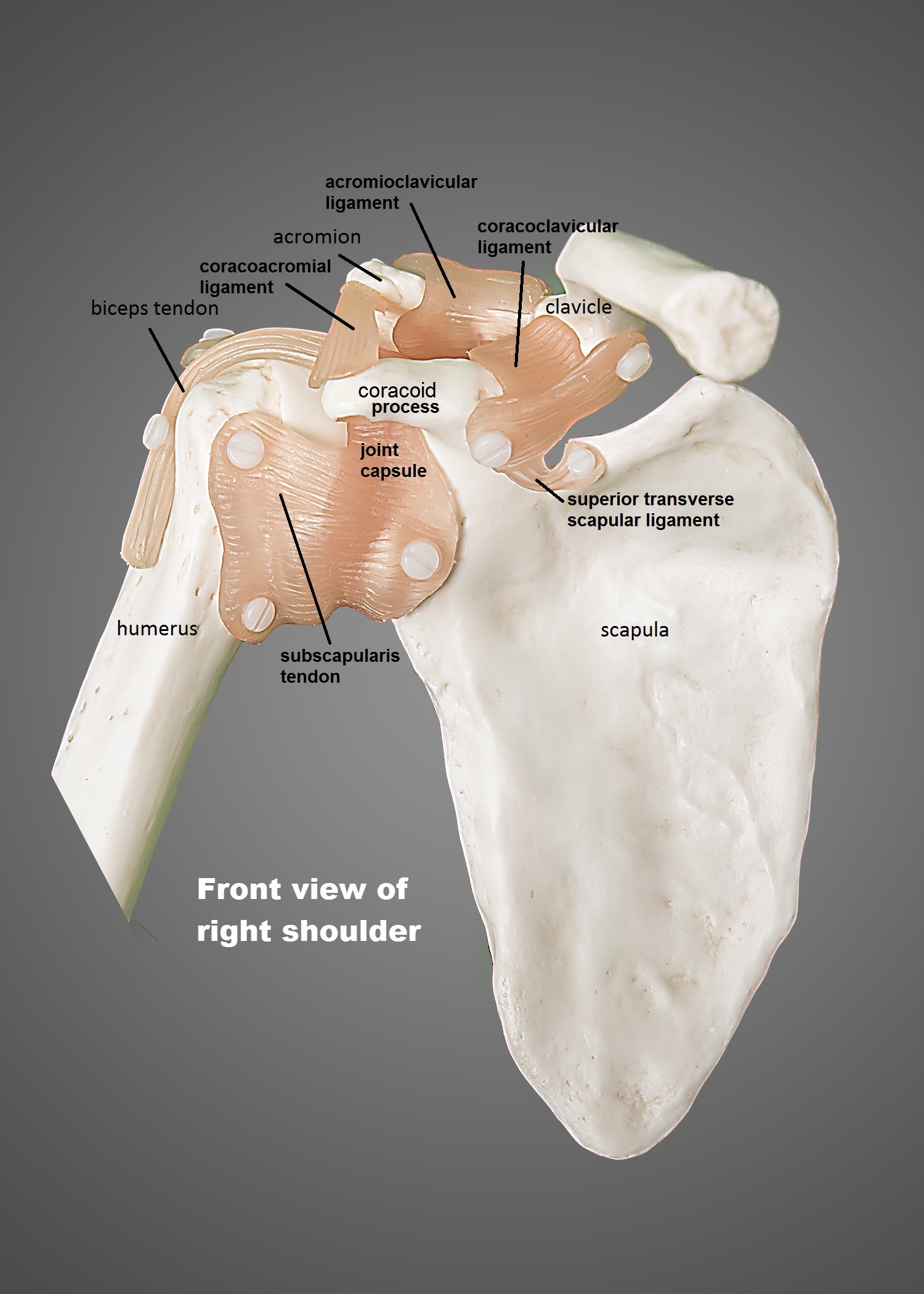