Senate Bill 11, passed by the Texas Legislature in 2015 and signed into law in June of 2015 by Governor Greg Abbott, will permit concealed handguns on Texas public university campuses, effective August 1, 2016.

Key provisions of the law include the following:

The University of Texas System Chancellor, William McRaven, directed the Presidents of each of the 14 University of Texas institutions to establish campus-specific policies for implementing the law. Dr. William Henrich, President of UT Health San Antonio, issued his plan on April 6, 2016.

Campus input and consultation was widely solicited from many sources, including a Campus Carry Working Group, which was led by Dr. Jacqueline Mok, Vice President for Academic, Faculty and Student Affairs, and Chief Michael Parks, the UT Health San Antonio’s Chief of Police. The Working Group was comprised of 31 individuals from all segments of the UT Health San Antonio. The Working Group submitted their report to President Henrich on January 15, 2016 after meeting on multiple occasions. In addition, two campus-wide forums were held in September 2015 and November 2015.

Comments and questions can be directed to campuscarry@uthscsa.edu. 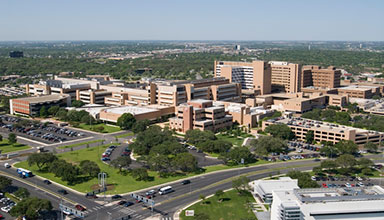