Arif Karim, originally from Houston, Texas participated in the summer doing research of 2014 at the National Institutes of Health in Bethesda, Maryland. Not only was he the only student from the Health Science Center in attendance that year, he was the first student ever to attend.

While at the University of Houston, Arif pursued and graduated with a Bachelor of Arts in Biology. He chose the arts curriculum path because it had a foreign language requirement and he wanted to familiarize himself with the Arabic language. While he admits to not being completely fluent, he can effectively communicate with Arabic-speaking patients- a valuable skill in his field.

On his experience at the National Institutes of Health, Arif is grateful for the different perspective and diverse environment it provided to participants. He encourages students to participate in the program, even if they are unsure about pursuing a future in research. It will help them decide whether they want to continue with research or transition to the clinical path.

In the future, Arif wants to start his own practice, and do something further than regular D.D.S. Endodontics and periodontics have peaked his interest, and he looks forward to getting hands-on experience in both areas.

One thing is clear for the future Dr. Karim: no matter which specialty path he chooses, he will be successful in the dental field, and graduate from the Health Science Center knowing that he set an example for his fellow dental students by being the first to participate in the National Institutes of Health summer doing research program. 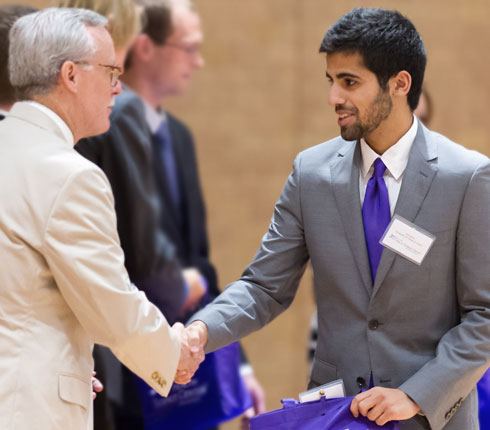 You get to be in a completely academic environment and explore a new city for an entire summer.