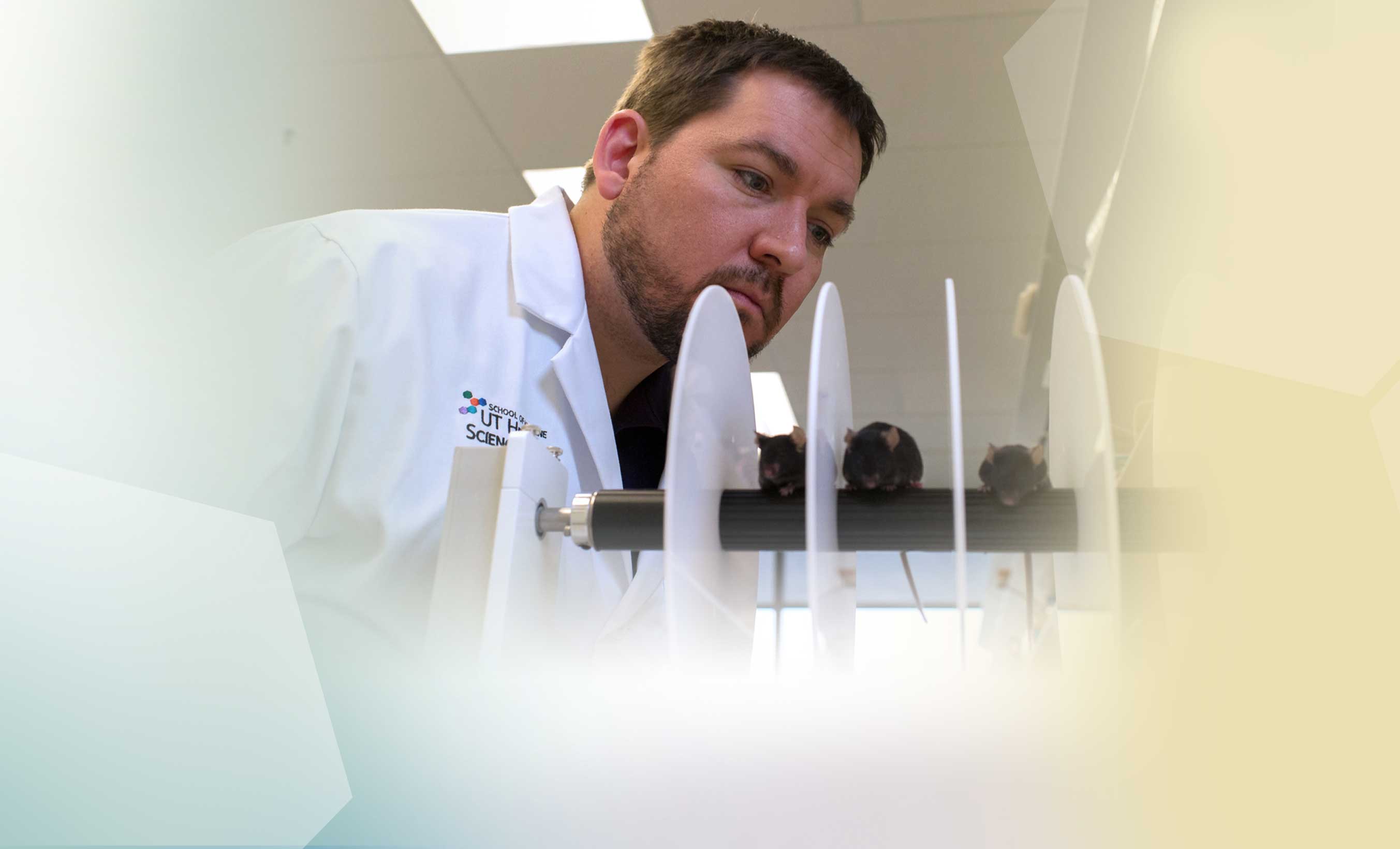 “The complexity of the brain fascinates me. I’m very passionate about figuring out the ways the brain affects behavior, and there’s so much to be done.” – Dr. Michael Beckstead

Michael Beckstead knew he wanted a medical career. But the path was elusive: Shadowing his brother, a physician, didn’t excite him. Studying to be a pharmacist didn’t do the trick, either.

But when he began delving into the intricacies of the brain, he found his passion and started asking questions that still keep him up at night.

“When I started to learn about the brain and how little we know about it, and the behaviors it affects, I decided to go to graduate school,” he said. The journey ultimately led to a doctorate and a career as a research scientist. Today he is an assistant professor of physiology in the School of Medicine at the UT Health Science Center San Antonio, where he seeks answers to address the root causes of an important societal issue: addiction.

“I find drug abuse and addiction a fascinating aspect of human behavior,” he said. “People experience rewards, but then something insidious happens – addiction. They can’t stop themselves. Whatever force the drug exerts in the brain is stronger than logic, free will, or the desire to keep their family, job or life together.”

Meth and cocaine’s trail of effects

Funded by the National Institute on Drug Abuse, Dr. Beckstead and his team are documenting brain adaptations that occur with repeated exposure to stimulants such as methamphetamine (meth) and cocaine. His lab is observing changes in the way neurons, the cells of the central nervous system, communicate with each other.

The data come from mice that self-administer meth. “The mice are allowed to enter chambers where they can take as much or as little as they want,” he said. “Weeks later, we look at their brains and see how neuronal activity has been changed by the drug. Only when we understand how stimulants alter the signals can we formulate a way to fix the problem, first in animal models and, ultimately, in humans.”

No therapies exist for abuse of meth, cocaine and other stimulants. Many of the synaptic adaptations have yet to be identified, and it isn’t well understood how these changes lead to increased drug seeking and intake. Dr. Beckstead’s findings are crucial to identifying how addiction works within the brain. In recognition of this, the UT Health Science Center honored him with the 2014 Presidential Junior Research Scholar Award.

A member of the Barshop Institute for Longevity and Aging Studies, Dr. Beckstead also studies the effects of aging on dopamine neurons of the midbrain. These neurons contribute to voluntary movement and processing of rewards. Dopamine neurons are implicated in Parkinson’s disease, a movement disorder; these neurons also affect how the brain responds to addictive materials.

The Beckstead lab studies a mouse model of Parkinson’s disease to identify changes in the dopamine neurons at different stages of the neurodegenerative process. The study hopes to find ways to preserve the dopamine neuron's function.

“The complexity of the brain fascinates me,” he said. I’m very passionate about figuring out the ways the brain affects behavior, and there’s so much to be done. Many dedicated people are working on understanding the circuitry, and I want to play my part.”

Whatever force the drug exerts in the brain is stronger than logic, free will or the desire to keep their family, job or life together.
Dr. Michael Beckstead 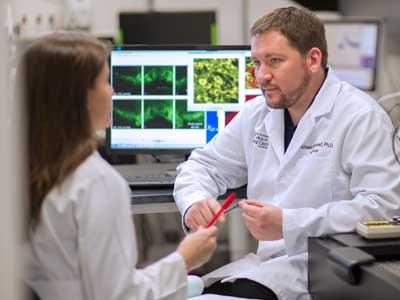