Kankan, one of the largest cities in the Republic of Guinea in West Africa, is a gathering place for traditional healers. Getting there from the coast requires a 19-hour, bone-jarring trip over 250 miles of deeply rutted roads.

Dr. Mike Wargovich, a professor in the department of Molecular Medicine who hold the Cancer Therapy & Research Center's Cancer Center Council Distinguished Chair in Oncology, knows the journey to Kankan well. Wargovich met in Kankan with the local healer who ran his office out of a container that had been “liberated” from a freighter. He managed to interview the healer by speaking English to his wife, Joan Cunningham, Ph.D., who spoke French to a student, who spoke Maninka to the healer, who replied in Susu.

“That actually worked,” said Dr. Wargovich. He is a colon cancer researcher who has become a bioprospector of traditional plants and medicines, searching for the ways to reintegrate old wisdom into new science. His journey, which has taken him to Africa, South America and India, was a slow evolution fueled by keeping an eye on the big picture.

And the big picture has been revealing some stark patterns.

“I have watched the shift in patterns of cancer rates across the world,” said Dr. Wargovich, “Not only cancer, but all kinds of chronic diseases that have become common in the United States and other westernized countries.”

This is the paradoxical price of prosperity, he said, but it’s not inevitable.

“All the demographics suggest that the lower socioeconomic classes are going to be replaced by a huge middle-income demographic across the world. As people become more affluent, they start to depart from traditional ways that kept them healthy for so long and begin to acquire the chronic diseases — diabetes, heart disease, cancer and the like.

“We’re trying to stem the huge tsunami of chronic diseases headed across the world.”

The “how” of this also took shape over time, Wargovich said. It’s clear that chronic inflammation plays a contributing role in chronic disease, but the anti-inflammatory drugs we have now are too harsh for the population as a whole to take in a preventive manner.

Also, health-related campaigns to include more fiber in the diet have not been as effective as first hoped over the past couple of decades, he said. That led him to believe the picture is more complex, and includes much smaller players with bigger impacts than we previously understood.

Diet and its impact on health

Those smaller players are the anti-inflammatory agents that in many cases give spices their flavor. Turmeric, chile and green tea, among many others, taken in small amounts but integrated daily into our diets, work against inflammation in the body and help it ward off sickness that would have to be treated by harsher methods if illness takes hold, he said.The same is true of traditional medicines still used in developing societies. Wargovich has returned from his travels with samples of bark, leaves and roots that traditional healers use.

Applications for dental health, too

One line of questioning is taking him through the Dental School. The neem tree is known as the “poor man’s toothbrush” in India, Wargovich said, and he’s working with Spencer W. Redding, D.D.S., M.Ed., chairman of the Health Science Center’s Department of Comprehensive Dentistry, and Cara Gonzales, D.D.S, Ph.D., an assistant professor in the Department of Comprehensive Dentistry, on the properties in neem that might prevent or potentially treat oral cancer.

Another experiment “that I think could be done very few other places” is in collaboration with CTRC Deputy Director Tim Huang, an expert in genomic and epigenetic research.

“We are looking at the green tea antioxidant EGCG using the Health Science Center’s high-throughput screening technology. We are looking at gene-on and gene-off status in over 14,000 genes, and seeing how the EGCG affects them.”

While everyone can incorporate foods with anti-inflammatory properties into their diets right now, Wargovich is excited about the new knowledge being developed here, and the possibilities for further inspiration that the current work brings.

“I think it’s still a story that’s being written,” Dr. Wargovich said. “I’ve been absolutely surprised to find the way the research has changed in terms of what we do in our laboratory; we were focused on the biology of colon cancer and morphed into more of an inflammation laboratory. It’s very exciting to think about where we will go from here.”

I’ve been absolutely surprised to find the way the research has changed in terms of what we do in our laboratory; we were focused on the biology of colon cancer and morphed into more of an inflammation laboratory.
Dr. Michael Wargovich 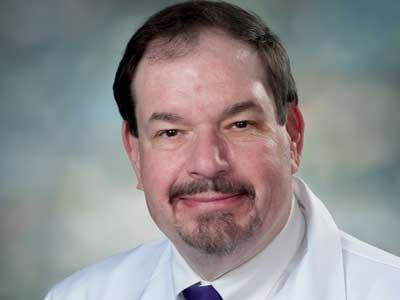