The advice of a high school nurse prompts Dr. Julie Novak to seek a life of service in health care.

When Julie Novak’s mom was tragically killed in a car accident, the teenager’s life took a sudden and unpredictable turn.

The women around her, many of them teachers and mothers of her close friends, became her mentors. One of them was her high school nurse.

“When you lose somebody like that, other women step in to try to be mentors and supporters. One of them who did that for me was my school nurse. I so admired her,” she said.

Her admiration led Dr. Novak to the nursing profession. She joined a future nurses group in high school and then was accepted to the University of Iowa, a top-20 nursing program and one of the largest teaching hospitals in the country.

“I just had a wonderful experience there in the intensive care unit, and then I shifted to primary care, pediatrics and community health,” she said.

Then came another critical juncture. Her professors who taught medicine urged her to pursue becoming an M.D. Simultaneously, her nursing professors were urging her to enter graduate school and continue in the nursing field.

“I decided to stay in nursing and do what I could to move the nursing agenda forward and make an impact for the 3.5 million nurses in the U.S.,” she said. “If we are all in concert working with common goals, we can accomplish so much. I’ve dedicated my career to that goal and to working with underserved populations –from barrios in San Diego and Mexico City, to rural Indiana, to developing clinics in San Antonio and South Texas.”

In a career spanning more than 40 years, Dr. Novak has developed, taught and achieved funding for advanced-practice nursing, doctor of nursing programs and global community and public health initiatives in international settings. She has developed and implemented projects in Russia, Estonia, the Philippines, China, South Africa and Mexico.

She has advocated for such things as distance education for family nurse practitioners and even served on the city council in Lafayette, Ind., in order to push through tobacco-control legislation.

“The quickest way to get things done was to run for public office,” she said. “There were all sorts of reasons why I would not win the election, but I did win, wrote the proposal and it passed. Overnight, 2,800 places of employment went tobacco free.”

Together with her husband, Robert Novak, Ph.D., director of the Center of Excellence in Communication Sciences and Disorders in the Department of Otolaryngology at the Health Science Center, Dr. Novak has passed along her sense of civic responsibility to their three sons, Andrew, Chris and Nick.

Andrew is active in a variety of projects focused on at-risk youth in Dallas, while Chris raised money for Dr. Novak and a team of nurses to travel to the Mississippi Gulf Coast several times after Hurricane Katrina. Nick, a kicker for the San Diego Chargers, contributes to ovarian cancer research every time he makes a field goal and is developing a foundation for childhood cancer research.

“That is the kind of thing I’m proudest of,” she said. “Your kids are your legacy and when you see them doing things that aren’t about them but about other people, if I’m proudest of anything, it’s that. And we’ve been able to do a lot of what we do as a family.”

I decided to stay in nursing and do what I could to move the nursing agenda forward and make an impact for the 3.5 million nurses in the U.S If we are all in concert working with common goals, we can accomplish so much.
Julie Novak, D.N.Sc., RN, CPNP, FAANP, FAAN 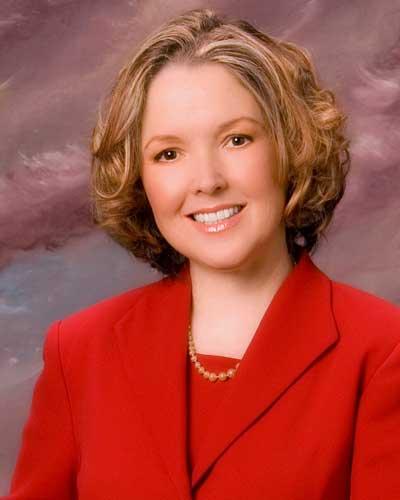