Jannine Cody was heartbroken when her daughter was born with a rare, largely unstudied, genetic abnormality. Determined to learn more, she formed a family support group, earned her Ph.D. and began a research career.

When Jannine Cody's baby was diagnosed in 1985 with a rare chromosome abnormality called 18q-, the young military wife was frustrated with the lack of information – and terrified that her daughter would have a laundry list of medical problems, severe cognitive impairments and a life destined to be bedridden, as the few articles about the disorder suggested.

"There are no words to describe the depths to which such words can rock the soul of a new parent," she said. "Did Elizabeth really have all of these problems? Would she really turn out this way? Had Elizabeth been born two decades earlier, we would most certainly have been advised to place her in an institution and go on with our lives."

A research career is born

Instead, Dr. Cody, now a professor of pediatrics at The University of Texas Health Science Center at San Antonio, embarked on a research career and founded in 1990 a family support group — the Chromosome 18 Registry & Research Society ― which is celebrating its 25th anniversary in 2015.

"It became clear to me that the only way to get the research going was to be involved myself. I already had a biology degree, so in 1991 I enrolled in the graduate school at the UT Health Science Center to study cellular and structural biology," Dr. Cody said. She completed her Ph.D. in 1997.

Now, Dr. Cody is director of the School of Medicine's Chromosome 18 Clinical Research Center, which receives support through the Chromosome 18 Registry & Research Society.

The multidisciplinary team, also led by its medical director and pediatrics professor Daniel Hale, M.D., includes clinical, lab and office staffs, and 17 research collaborators from throughout the university. The center's goal is to provide comprehensive medical and educational information on chromosome 18 abnormalities to affected individuals and families, with a focus on treatment options.

Fifty-one publications later, Dr. Cody said the center's research has shed significant light on Chromosome 18 disorders and is well on the road to making these disorders the first treatable chromosome abnormalities.

"When we started, knowledge was limited," Dr. Cody said. "It was known that people with chromosome 18 disorders were short, cognitively impaired and unable to control their bodies. Now we know they are short because they have growth-hormone deficiency, which is treatable. Their IQs can range from very low to normal. We have learned that growth-hormone treatment improves not only their IQ but their muscle tone, as well, so they can better control their bodies and move more like everyone else."

"Many of those affected by chromosome 18 disorders are hearing impaired, which again is something that is treatable through surgery, hearing aids and deaf education. Many also have anxiety and depression, which is treatable and improves their ability to learn and live life more normally," Dr. Cody continued. "As we begin to identify the key genes involved with chromosome 18 abnormalities, we are gaining an understanding of the biological underpinnings of the condition which will create additional treatment insights.

“Because chromosome 18 abnormalities are rare and seem to be different for each individual, we want to better understand the genetic origin of each person’s issues, such as speech difficulties or hearing loss, so that we can develop genetically informed treatments aimed at those deficiencies,” Dr. Cody added.

In addition to research and a family support group, the society also offers annual meetings in the U.S. for families affected by the disorder and periodic family meetings in Australia and Europe.

As for Dr. Cody’s daughter, Elizabeth, she is now a petite 30-year-old who has overcome speech, hearing and language difficulties through deaf education and speech therapy, and nearly 20 surgeries for her cleft lip and palate.

"She is leading a full and rewarding life,” Dr. Cody said. “She is taking classes at a local community college and is working as a volunteer administrator in the Chromosome 18 Registry office."

It became clear to me that the only way to get the research going was to be involved myself.
Jannine Cody, Ph.D. 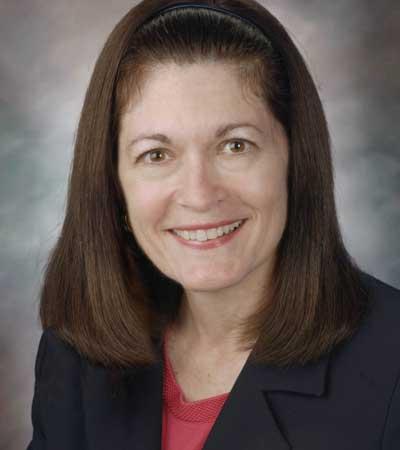