An uncommon life story has brought Ruth Berggren, M.D., FACP, to where she is today, preparing tomorrow’s healers to act with compassion and justice.

It’s a familiar story: A student enters medical school driven by idealism, only to encounter the “hidden curriculum.” Taking cues from those around them, students can lose sight of patients as people or even become cynical. These defense mechanisms stand in the way of the doctor-patient relationship.

Dr. Berggren, director of the Center for Medical Humanities & Ethics at the UT Health Science Center San Antonio, sets a different example. She arrived here after an eventful stint at New Orleans’ Charity Hospital, where she stood by her mostly uninsured patients in the ninth-floor HIV ward during Hurricane Katrina until all were safely evacuated six days later.

Dr. Berggren spoke about this experience at the 2007 School of Medicine commencement.

“So, how can you make a difference?” she asked the newly minted physicians graduating that day. “First, don’t avert your gaze. Admit that we have a flawed system that excludes vast numbers of our citizens. Second, make choices, even small ones, which lead to social justice. This can start simply: Choose to listen to your patient.”

Since taking the helm in 2007, Dr. Berggren has magnified the center’s focus on “ethics in action,” taking ethics beyond the classroom into real-world settings – whether in San Antonio, South Texas or abroad – where students learn profound lessons about what it means to be entrusted with others’ health.

Dr. Berggren’s personal story infuses her work. The daughter of medical missionaries, she spent her childhood in Deschapelles, Haiti, at the Hôpital Albert Schweitzer, named for the Nobel Prize-winning physician and humanitarian known for his philosophy of reverence for life.

That was the founding principle of the hospital when it was established in 1956 by an American husband and wife who were deeply inspired by Dr. Schweitzer’s example. The medical staff at the hospital shared their commitment and spoke of it often to their children.

“I was immersed in a community that was dedicated to reverence for life,” said Dr. Berggren, who grew up speaking Haitian Creole and discussing infectious diseases at the dinner table.

From there, she went on to Oberlin College and then Harvard Medical School. During that time, she was named an Albert Schweitzer Fellow and traveled to the West African nation of Gabon to work at the hospital in Lambaréné established by Dr. Schweitzer himself in 1913.

She chose to specialize in infectious diseases, particularly HIV and AIDS, because these “preferentially wreak havoc among the down-and-outers of society.”

As Dr. Schweitzer famously observed, “In everyone’s life, at some time, our inner fire goes out. It is then burst into flame by an encounter with another human being. We should all be thankful for those people who rekindle the inner spirit.”

For a medical student, a particularly inspiring encounter with a patient or a mentor can be all it takes to keep the flame alive and the hidden curriculum at bay.

That is where Dr. Berggren’s commitment to “ethics in action” comes in. Since assuming leadership of the center, she has greatly expanded its Community Service Learning (CSL) Program and hired an assistant director to oversee it. CSL is a teaching and learning strategy that combines meaningful service to community with mentored instruction and reflection.

Guided by mentors, Health Science Center students offer primary care at student-run free clinics around San Antonio to those struggling with homelessness and addiction. They work in impoverished communities along the U.S.-Mexico border through Frontera de Salud. They educate the community on health insurance options through ACT Together for Health.

These and other CSL projects have earned the Health Science Center a spot on the U.S. President’s Higher Education Community Service Honor Roll for four consecutive years.

Unsurprisingly, given her background, Dr. Berggren has also brought an increased focus on global health, which she describes as “taking Community Service Learning across an international border.” Students travel regularly to developing countries in the Caribbean, Latin America and Africa.

Intellectually, medical students know that poverty and sickness exist in the world, and they are aware that not everyone has the same access to medical care. They see it in San Antonio and South Texas. But, Dr. Berggren said, that knowledge becomes far more powerful and personal in places where poverty is unrelenting and unconcealed by familiar surroundings.

“I think an important part of medical education is realizing that so many wonderful medical interventions are available to only a fraction of the world’s population,” she said. “I’d like to see our students mature through transformational experiences into thoughtful, empathic people who reflect on their future role as doctors.”

I’d like to see our students mature through transformational experiences into thoughtful, empathic people who reflect on their future role as doctors.
Dr. Ruth Berggren 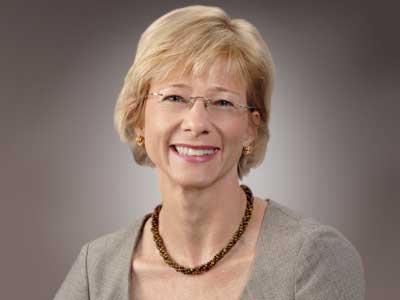