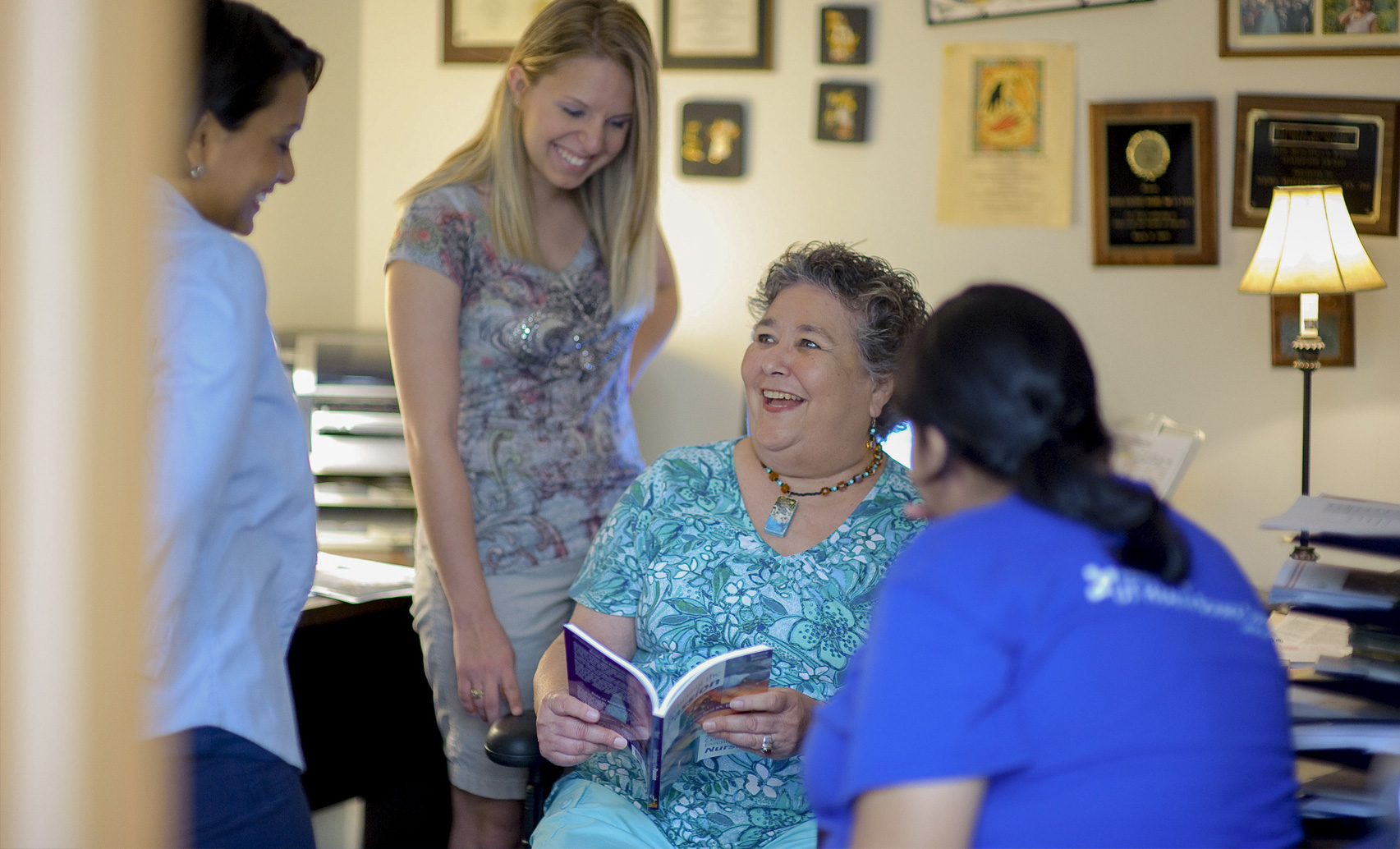 Raised in a working-class family, Dr. Martinez Rogers saw migrant workers who looked like her in Indiana who were not treated well. Education and advocacy remain her passions.

Norma Martinez Rogers, Ph.D., RN, FAAN, knows first-hand what it is like to grow up in “the projects”. The professor of nursing spent her early years in the Alazan-Apache Courts public housing project in San Antonio.

The youngest of four daughters, she stood in line with her mother at a food bank to supplement the family’s dinner table.

Because of their circumstances, Dr. Martinez Rogers’ parents were committed to making sure their daughters were able to get good educations and the girls were taught to show their gratitude by helping others. Above all, Martinez Rogers remembers being told: “Never forget your roots!”

Dr. Martinez Rogers stayed true to these principles, earning four academic degrees and completing two postdoctoral fellowships in nursing. She has provided care as a psychiatric nurse practitioner for more than 20 years and has spearheaded several programs to help minority women and encourage students to improve their lives through education. Dr. Martinez Rogers has had the opportunity to work on a national level as an advocate for better health care for the underserved.

“I went into nursing because my parents encouraged me to choose a profession where I could make an impact on the community. Nursing was a way I could help others,” she said.

However, it was her two postdoctoral fellowships that solidified the direction her career would take. “I was teaching nursing students in Indiana how to provide care for migrants in a way that respected the Hispanic culture,” she said. “The migrant families and I spoke Spanish, and they lived in deplorable conditions in camps.

“The migrants and I faced racial discrimination on a daily basis in the community in a way I had never experienced it before,” Dr. Martinez Rogers said. “Being there gave me a lifelong commitment to do everything in my power to help others learn the meaning of acceptance.”

In 1996, Dr. Martinez Rogers joined the faculty of the UT Health Science Center San Antonio, where she developed programs on cultural competence, the value of diversity and developing self-awareness as a person who is not the same as others. Some of her programs include:

National voice for the underserved

Dr. Martinez Rogers’ achievements have been recognized through numerous awards and fellowship in the American Academy of Nurses. She has served in national leadership roles, including president of the National Association of Hispanic Nurses.

Since 2010, Dr. Martinez Rogers has served on the national Medicaid and CHIP Payment and Access Commission. The commission advises Congress on issues about the Children’s Health Insurance Program (CHIP) and Medicaid, and reviews Medicaid and CHIP policies related to access to health care.

“It is an honor for me to serve on this commission,” she said. “I am in a position to advocate for families who are underserved and ensure that they receive the best possible medical care and preventive services. It also brings together the values my parents taught me and what I have tried to live up to all of my life. I can say that I remember my roots and have used my education to help others.”

I am in a position to advocate for families who are underserved and ensure that they receive the best possible medical care and preventive services.
Dr. Norma Martinez Rogers