Adelita Cantu, Ph.D., M.S., RN, pictured above on the left, remembers wanting to give up on nursing soon after earning her degree. But her interest in community health has helped make children, families and older adults healthier.

Nine months after Adelita Cantu, Ph.D., M.S., RN, became a nurse, she thought she had made a big mistake.

“I didn’t like it. I quit to think about it and explore my options,” Dr. Cantu said. She found the day-to-day routine of hospital nursing confining.

A good student, she had grown up on San Antonio’s West Side, unaware of her family’s poverty, and graduated from Holmes High School. “I remember a nurse who was a Career Day speaker. She was so inspiring,” Dr. Cantu said. Although no one else in her family had gone to college, she decided to pursue a bachelor’s degree in nursing.

“My family encouraged me, but they did not know how to help. I had to figure out everything by myself: how to apply for college and get financial aid, and how to register for classes,” she said. After all the time, money and effort of earning her degree, it was frustrating to think it might not be the right career.

Dr. Cantu answered an ad for a community health nurse in Waco, where she performed in-home health assessments of children with disabilities. “I became very good at doing assessments and observing the home environment to help families connect with community services, but I enjoyed even more what I saw the Ph.D. nurses doing,” she said. They were working in the community to solve larger health issues.

Nutrition education started with her own weight struggles

So Dr. Cantu earned her master’s degree and learned for the first time about good nutrition. She began losing the weight that had given her a poor self-image growing up. “I had been very overweight. With this new knowledge, I lost ― and kept off ― 80 pounds over my lifetime. This has helped me relate well with others who are obese or overweight,” she said, speaking about a major health issue in South Texas.

Dr. Cantu’s career with underserved populations crystallized when she returned to San Antonio, where she worked for University Health System, directing several health clinics and serving as the first director of patient satisfaction.

However, her desire for a Ph.D. continued. “I began attending classes at the UT Health Science Center and in 2002 became a faculty member here,” she said. In 2006, she earned her Ph.D. in clinical nursing research.

During her Health Science Center career, Dr. Cantu has focused on many community health projects. They include:

Dr. Cantu’s future plans include working with West Side youth to develop communications campaigns to improve health in their neighborhoods, and exploring environmental health projects for South Texas.

“All of these activities are not all mine. They were created through community relationships and collaborations,” Dr. Cantu said. “The beauty of what we can do as nurses is collaboration. If we want our patients to get better and for the community where they live to provide an environment in which they can be healthy, we all have to work together.”

The beauty of what we can do as nurses is collaboration. If we want our patients to get better and for the community where they live to provide an environment in which they can be healthy, we all have to work together.
Dr. Adelita Cantu 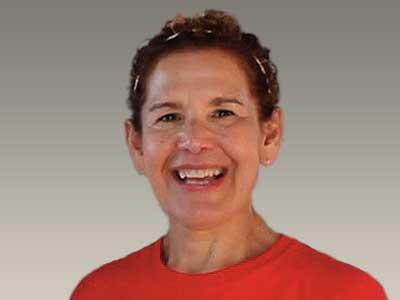