When Shelby Green was a year old, military doctors discovered a hole in her heart. Stationed in Madrid, Spain, the tiny girl and her parents were immediately flown to Lackland Air Force Base in San Antonio.

Soon after, a military cardiologist referred Shelby to John H. Calhoon, M.D., a cardiothoracic surgeon with what is now called UT Medicine San Antonio, the clinical practice of the School of Medicine at The University of Texas Health Science Center at San Antonio. Dr. Calhoon performed open heart surgery to repair a ventricular septal defect, a condition that creates a hole in the wall separating the heart’s lower chambers and allowing blood to pass from the left to the right side of the heart.

After the three-hour surgery was performed at University Hospital, Green spent a few days in the intensive care unit. After six weeks, Dr. Calhoon examined her and allowed the family to return to Madrid.

Nineteen years later, Green found herself in the Alamo City once again. After graduating from high school in Cedar Park, Texas, where she was an athlete and state-level swimmer, she applied to the UT Health Science Center School of Nursing and began the program in January 2012. Green said she knew she wanted to pursue nursing as young as age 12.

“Because of my own experience with heart problems, and because some of my family members had been treated for various illnesses, I felt like I had been exposed to the medical world my whole life,” Green said.

She also had gained hands-on experience during her junior and senior years of high school through a health sciences program offered at a nearby hospital. The program provided her health care training and mentoring.

After graduating from the School of Nursing with a Bachelor of Science in Nursing in December 2013, Green was hired by Seton Medical Center Williamson in Round Rock, Texas. She recently completed the Seton residency program and works as a cardiac nurse.

With her first-hand experience as a child, Green has a special way of helping her patients.

“When my patients are recovering from open-heart surgery, they often notice the scar on my chest, and it helps them relate to me. They are able to see I am fine, and that heart problems are not a death sentence but just a lifestyle change,” she said. “Because of the outstanding care I received as a child and the nursing education earned as an adult, I am able to dedicate my life to helping others.”

When my patients are recovering from open-heart surgery, they often notice the scar on my chest, and it helps them relate to me.
Shelby Green, B.S.N. 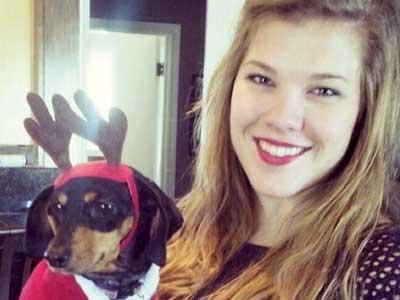