Best of the best

“Either you get involved and lead, or somebody’s going to do it for you.” — David F. Jimenez, M.D., FACS

Leaders have a destiny to fulfill and visualize their future achievement. David F. Jimenez, M.D., FACS, professor and chairman of the Department of Neurosurgery and physician with UT Medicine San Antonio, showed this ability at a very young age. 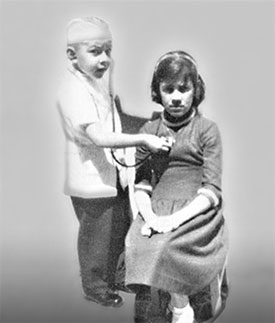 “For kindergarten graduation, the teachers told our parents to ask us what we wanted to be when we grew up, and whatever that was, to dress us up as that,” Dr. Jimenez says. “So my mom came to me, and I said I wanted to be a doctor. My mom borrowed my pediatrician’s stethoscope and, being a great seamstress, made an outfit that included a doctor’s white coat and a surgeon’s cap and mask. So I went to this graduation ceremony, and a doctor is who I was."

“On my graduation from medical school, my mom gave me this little box, and it contained the outfit that she had made for me. The thing that blew me away was the fact she had made a surgeon’s cap and mask. How did she know that I was going to be a surgeon? She must have known it deep in her heart.”

Dr. Jimenez was raised in Philadelphia, where he attended high school and advanced to Temple University for college, medical school and residency. It was all on the north-south Broad Street. After a pediatric neurosurgery fellowship in New York, he and his wife, plastic surgeon Constance M. Barone, M.D., FACS, moved to the University of Missouri for 13 years. In 2004 Dr. Jimenez accepted the challenge of building the neurosurgery department at the Health Science Center. He leaned on leadership lessons from his mom. “When I was a young kid, she said to me, ‘Son, Plato once said: ‘The punishment of a wise man who does not become involved in the affairs of the state is to be ruled by unwise men.’ So, do it, be involved, put your two cents in.’ Consequently I was class president in high school, president of the student body at Temple, president of my medical school class, in leadership in professional organizations, and chairman today. Either you get involved and lead, or somebody’s going to do it for you.”

Dr. Jimenez performs many types of neurosurgery, but one type, endoscopy-assisted correction of craniosynostosis, has helped 600 infants. Craniosynostosis is premature fusing of the sutures of the skull, resulting in cranial deformity and problems such as headaches. He performs the surgeries with Dr. Barone, who though she comes from a distinguished line of pharmacists, broke ranks to become a physician. “She is the most accomplished surgeon I’ve ever met,” Dr. Jimenez says.

In New York and Philadelphia, they performed the operations the way they were taught — massive surgeries of eight to 10 hours, opening the scalp from ear to ear, with significant blood loss and swelling. “When we went to Missouri we decided, why waste time doing this or that, why not improve the surgery this way or that, and we did,” he says. “We took an operation that lasted eight hours down to 2.4 hours on average.”

But it was still the traditional surgery, and they wanted better results.

“Then my wife got pregnant and it hit me: What if our kid has craniosynostosis? Who would we let operate on him? We knew what we could do, and we knew what the other people were doing,” Dr. Jimenez says. “Fortunately, our son came out perfect.”

This epiphany, though, shifted their thinking from surgical and technical to parental. Dr. Barone suggested they utilize Dr. Jimenez’s experience with endoscopy (which employs hollow threads to reach a surgical site, visualize it with a tiny camera, and introduce instruments such as surgical scissors). “That was a great idea, and we kept cross-pollinating between disciplines about how to do the operations,” he says. “She brought many technical tips, and it was her idea for infants to wear helmets after surgery to mold their skulls.” Today Dr. Barone practices plastic surgery in the community and is a clinical professor of neurosurgery.

The Jimenez-Barone surgeries last about 45 minutes. Through a few incisions, small slivers of the skull are removed to free the sutures and provide room for rapid brain growth. The operations are practically bloodless. People come from across the world to bring their children for this care. “The School of Medicine and University Hospital have been incredibly supportive,” Dr. Jimenez says.

The Department of Neurosurgery has 70 faculty, residents and staff, and is the site of one of the nation’s largest neurosurgery residency programs and a neurosurgical spine fellowship. It is a testament to the leadership of a remarkable man from Broad Street, Philadelphia, who knew his life’s calling, even in kindergarten.

The punishment of a wise man who does not become involved in the affairs of the state is to be ruled by unwise men.
Plato, as quoted by Dr. David F. Jimenez 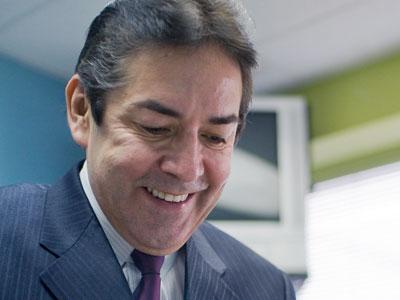