Fitting on a new life

As he creates prosthetics and orthotics that help people live better lives, Jesse Rettele is driven by the memory of a young boy from Mexico.

The young boy from Mexico in front of him, born without legs, had never walked. Rettele, at 22, was experienced in material science working with carbon fiber to fabricate prosthetics and orthotics. This time, his bosses asked him to bridge his expertise from the shop to the patient, to take his own handiwork and place it on the limbs where most children have legs.

“The year was 2000, and my supervisors asked me to come into the patient room to fit the legs for a young boy who was a charity case from Mexico,” Rettele said. “He was in his preteen years. I came into the room and fit his limbs, and he got up and started walking, and then he started jogging and running in the office, and the family was crying. My heart swelled up that day, and I knew right away I wanted to be a prosthetist/orthotist and help people.

“Up until that point, it was just a job, fabricating things. Now I knew in my heart that this was something I wanted to do. I instantly changed this young boy’s life by helping him walk, and I saw how that impacted not only him, but his family. I honed my focus on patient care and began my journey to become a certified prosthetist and orthotist.”

A prosthesis is an artificial device that replaces a missing body part, while an orthotic is a device that braces an existing part, explained Rettele, who has worked at the UT Health Science Center in the Department of Rehabilitation Medicine since 2005.

Prosthetics and orthotics increase patients’ safety and enhance their ability to function in their environments. Rettele is a clinical instructor and medical director of the Orthotics and Prosthetics Clinic, which is part of UT Health San Antonio, the School of Medicine’s clinical practice.

Rettele grew up in Spring Branch, Texas, just north of San Antonio, and attended Smithson Valley High School, where he met his wife, Karin. He is a graduate of The University of Texas at San Antonio. He and Karin, married 11 years, have a son and three daughters.

The start of a life’s mission

In high school, a new student became Rettele’s teammate on the basketball team. The friend’s father owned Prescott’s Orthotics & Prosthetics, which has clinics in San Antonio and New Braunfels. At 17, Rettele went to work at Prescott’s, a move that began his journey toward the future watershed moment with the young boy from Mexico. As a certified technician with an understanding of textiles and material science, instruction in biomechanics and anatomy was the next chapter for patient care.

Later, while working at the Health Science Center, Rettele completed his certification from the prestigious Northwestern University program offered at the Rehabilitation Institute of Chicago. Nicolas Walsh, M.D., professor and chairman of rehabilitation medicine in the Health Science Center School of Medicine, sponsored Rettele in this program, which combined distance education with a couple of stints in Chicago.

Rettele said he has worked with many great rehabilitation medicine physicians during his time in the School of Medicine, including Drs. Walsh, Daniel Dumitru, John King, Donald Currie, Jesse Neeley and the late Andrew Gitter.

Physicians treat patients after trauma or the onset of a disease such as multiple sclerosis. The Orthotics and Prosthetics Clinic collaborates with physicians from several different services to design and fit devices that aid in the recovery process and to transition the physically challenged patient back into his or her environment with as much functional ability as possible. Technology in materials and components is improving exponentially, which offers exciting new options for devices and treatments.

“We really are seen as the good guys at the end of the patients’ long road,” Rettele said. “They’ve already been through much pain and loss. We help people get up and restore their functional ability, and you can see it on their faces and in their families. The label of 'disabled' literally changes to 'enabled.' We create long-term relationships with our patients, and this gives them confidence in us. They know if they have a problem, they can come in and we’ll have the answer – or, if we don’t, we’ll find it.”

At 37 Rettele is a seasoned professional, but the scene from 15 years ago of the boy and his new limbs, walking and running for the first time, still plays in his mind. Just as priceless are the many similar scenes he continues to experience with his new and returning patients.

We help people get up and restore their functional ability, and you can see it on their faces and in their families.
Jesse Rettele 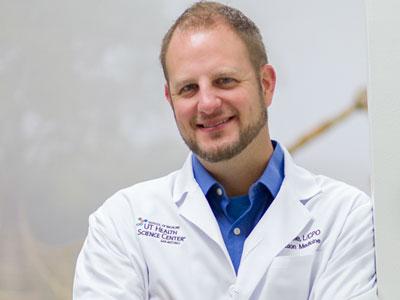