As announced in January, UT Health San Antonio was awarded $1.5 million by the Perry & Ruby Stevens Charitable Foundation to establish a Parkinson’s Disease Center of Excellence.

Over the course of the next five years, the goal is to build a solid foundation and position the Center to obtain national distinction. Under the auspices of the Institute for Integration of Medicine & Science (IIMS), the Center solicited the first round of pilot proposals this past spring.

Out of ten proposals submitted in the inaugural year, five projects were selected to receive a total of $215,000. The early phase projects will generate preliminary data laying the foundation to secure competitive external grants.  Each finalist proposed to approach Parkinson’s disease (PD) from a different perspective - a tactic that aligns with the Center’s strategic goal of simultaneously cultivating multiple promising research avenues while fostering career development and inter-disciplinary collaborations across the institution.

PD is a complex disorder with a multi-factorial etiology. Evidence suggests that several mechanisms are pertinent to dopaminergic neuron degeneration in the part of the brain known as substantia nigra – such as, overabundance of reactive oxygen species, abnormal protein folding/aggregation, perturbed mitochondrial activity, endoplasmic reticulum (ER) stress, imbalanced calcium homeostasis, and induction of apoptosis. Two of the selected proposals are aimed at understanding cellular mechanisms underlying PD neurodegeneration or neuroprotection.

Available treatments for PD (dopamine agonists) can relieve motor symptoms, but they do not halt disease progression and their long-term use leads to debilitating side effects and decreased efficacy. Most drug development efforts are focusing on neuroprotective and neurorestorative strategies, and potential cures. Three pilot projects focused on novel therapeutic interventions:

“Speaking on behalf of the Center and my colleagues Randy Strong and Andrea Giuffrida, the scientific merit, potential health impact, innovation, feasibility, and team-based approaches of these projects mirror the proposals being funded by organizations like the Michael J. Fox Foundation and the NIH/NINDS Udall Parkinson’s Disease Research Centers of Excellence,” stated Bob Clark, MD, MACP, Director of the Institute for the Integration of Medicine and Science and Assistant Vice President for Clinical Research. 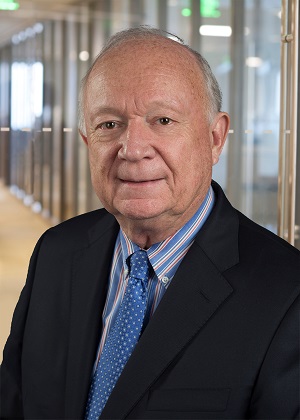